Malta’s unique sun-drenched landscape has always faced the great challenge of freshwater availability. Today, through a project of restoration of rainwater harvesting reservoirs, Malta’s cities are turning this challenge into an opportunity to enhance climate resilience, while also restoring the island’s rich historical heritage.

Treasures hidden beneath the cities

A treasure lies below the main square of Vittoriosa. A cistern, built in the 17th century, which can hold up to 800,000 litres of water harvested from rain. It is one of many such underground constructions, in various shapes and sizes, spread across all the historical areas of Malta, like Valletta and Birgu. They are connected to public spaces and private buildings, a testament to the challenges that Malta always faced due to lack of freshwater resources. When faced by its numerous enemies in a time of siege, the availability of water could mean the difference between survival or extinction for the defenders of the city.

However today, many of these cisterns, part of Malta’s cultural heritage and valuable as potential stores of large quantities of rainwater, lie disused and in need of repair. Even pinpointing their exact location often requires almost detective work, asking locals who might remember from their childhood days the entry point underground, which may have been covered over by subsequent construction. 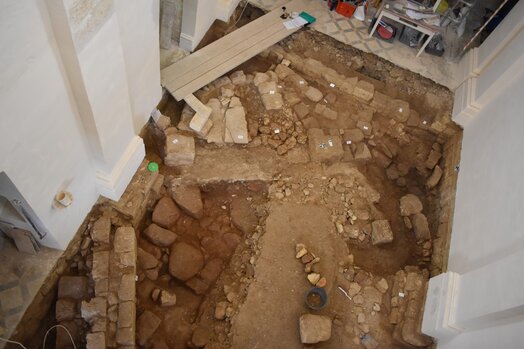 Reviving the past, preparing for the future

In recent years, a public-private philanthropic initiative, the Alter Aqua project, funded by The Coca-Cola Foundation, is helping Malta rediscover its rich water conservation culture. Alter Aqua helped identify such structures and rehabilitate them for use, as a means to collect water and increase climate change resilience for Malta’s population.

In 2021, Alter Aqua teamed up with the Municipality of Birgu to undertake the restoration of the reservoir under Victory Square. John Boxall, Mayor of Birgu, says: “The need for water conservation has shaped Malta’s history and produced wonderful architectural treasures, which remain hidden from view. With the help of Alter Aqua, we have restored the main reservoir under Victory Square, and we are in the process of restoring the cistern in the historic building of the Auberge de France, seat of Birgu’s Municipal Council. We are gaining water which we can use to irrigate green spaces; and we are putting out a strong message of valuing our heritage and valuing water, which has always been part of Malta’s identity.” The Alter Aqua project is aiming to increase water security and enhance Malta’s resilience in the face of climate change, through a combination of restoring traditional rainwater harvesting water structures, and implementing innovative technologies, such as greywater recycling. Alter Aqua is designed and implemented by Global Water Partnership – Mediterranean, in partnership with the Energy and Water Agency (EWA) and Coca-Cola in Malta (GSD Marketing Ltd. and The Coca-Cola Company), supported by The Coca-Cola Foundation and co-funded by EWA. Over a span of 12 years, it has undertaken 23 interventions, saving more than 19 million litres of water annually.