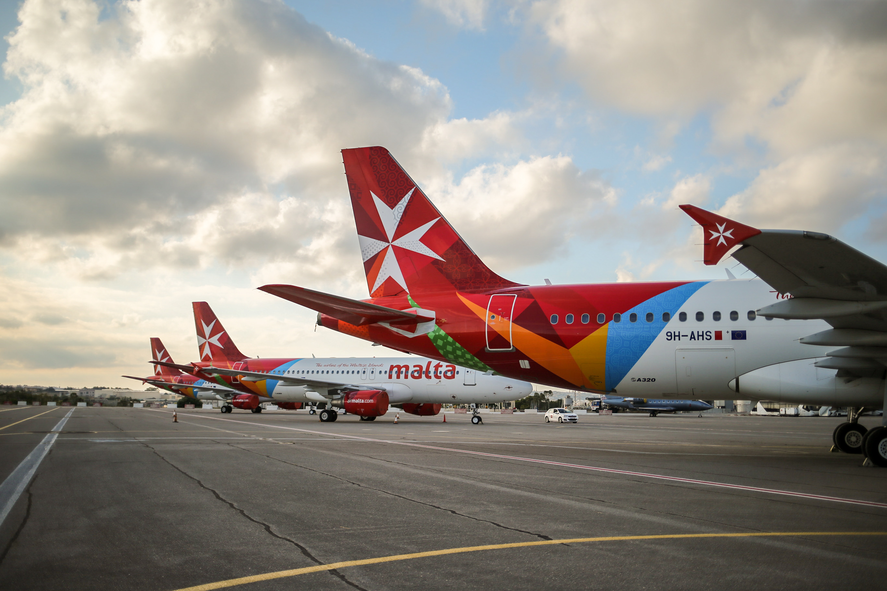 The European Commission, among others, is proposing the introduction of a progressive fuel tax on aviation fuel supplied in the EU for intra EU flights which will start from a minimum rate of 0% in 2023 which would gradually increase by a yearly 10% to reach 100% over a period of 10 years.

On the other hand, Sustainable Aviation Fuels (SAFs) would benefit from a zero-tax rate to promote their uptake in the first 10 years. The taxation of fuel for cargo flights is optional and Member States within the context of air service agreements could extend the taxation to non-EU flights.

Since taxation falls within the competence of Member States, this proposal depends on the unanimous approval of all Council Member States. The proposal deals with areas other than taxation of aviation. Discussions are ongoing at Council level and are expected to ramp up in view of the expected entry into force as of January 2023 of the provisions contained in the Directive.

Globally, jet fuel used in international air transport has enjoyed an exemption from the imposition of taxation due to the exposure which the sector has to external shocks. The COVID pandemic is merely one example of such external shocks.

Air Malta is committed to achieve net-zero carbon emissions from its operations by 2050. This commitment is in line with a pledge by the global aviation industry to bring air transport in line with the objectives of the Paris agreement to limit global warming to 1.5°C.

Air Malta started the renewal of its fleet in 2018, moving from old Airbus A320ceo to greener A320neo and by 2024 the entire feel will consist of a single-type aircraft, that is, A320neos. With the deployment of the new energy-efficient aircraft, Air Malta will significantly reduce fuel consumption, CO2 emissions and noise footprint and will therefore be well-placed to be a leader in the reduction of human induced climate change and in meeting its sustainability targets.

Air Malta strongly recommends, however that aviation fuel should remain outside the scope of the Energy Tax Directive. The existing proposal, if approved, will increase today’s fuel price by around 90% by 2033.

Air Malta operates to and from Malta, a small island Member State on the periphery of the EU, that is dependent on air transport for the free movement of its people to the rest of the EU. A tax on aviation fuel will not result in a modal shift to another mode of transport but will merely have a negative impact on the Maltese Island’s economic and social cohesion while isolating the Islands. As a peripheral country that is highly dependent on tourism, the imposition of a tax on aviation fuel will effectively lead to destination Malta losing out to other neighbouring leisure destinations outside the EU. From preliminary costings it is clear that Iceland, Cyprus and Malta will be the worst affected.

The taxation of aviation fuel would be an additional measure in a multilayered approach in putting a price on carbon for EU airlines, on top of the EU ETS and the Carbon Offset and Reduction Scheme for International Aviation (CORSIA). The difficulty of introducing a tax globally was the reason why the EU ETS was introduced at a regional level followed by CORSIA internationally. Air Malta supports CORSIA as a global measure for all international aviation. The creation of a multilayered uncoordinated and overlapping national and regional measures can undermine international cooperation and can lead to the same emissions being paid for more than once.

Very hard hit will be the regional carriers, such as Air Malta, which provide the critical connectivity from the peripheries, outermost regions, islands, and small island Member States to mainland Europe where they feed into the larger hubs to enable passengers to reach their destination or connect to the rest of the world. The extra costs will have a ripple effect on the economies of these territories which are highly dependent on air transport for their connectivity. Airlines like Air Malta operating intra-EU flights only will suffer from serious distortion of competition given that other airlines will not be similarly taxed. Any Member State discretion to impose the tax on extra-EU flights is blocked by existing air service agreements which exempt taxation in the context of international aviation legislation. The decarbonisation of the aviation industry requires that the same rules apply to all flights departing from European airports, regardless of their destination.

Air Malta is of the view that taxation is not the answer to aviation sustainability and the reliance on taxation as the solution for cutting aviation emissions in the EU’s “Fit for 55” is counterproductive to the goal of sustainable aviation – a tax will merely siphon much needed funds from the industry that could support emissions reducing investments in fleet renewal, clean technologies and the transition to SAFs.

Rather than tax aviation fuel, the EU should focus on production incentives for SAFs which reduce emissions by up to 80% compared to the traditional jet fuel. Insufficient supply and the current high cost of SAFs will lead to limited airline uptake. Energy transitions are successful when production incentives drive down the price of alternative fuels while driving supplies up. The EU ‘Fit for 55’ proposal does not include direct measures on how to make SAF cheaper. Making SAF cheaper will accelerate aviation’s energy transition and improve Europe’s competitiveness as a green economy. Taxation will destroy jobs whilst incentivising the production of SAF will improve energy independence and create sustainable jobs.

Achieving aviation decarbonization requires a combination of effectively implemented measures and certainly not taxation. Besides marketbased measures to manage emissions until technology solutions are fully developed e.g., CORSIA, and the increased use of SAFs, Europe should seek to reduce unnecessary emissions from fragmented air traffic management. The effective modernization of Europe’s air traffic management, through the Single European Sky, could reduce Europe’s aviation emissions by 6% to 10%.

Europe’s and the aviation industry’s short-term objective should be to provide sustainable, and affordable air transport for all European citizens with SAF powered aircraft operating within efficient air traffic management. The taxation of jet fuel will not achieve this.