Malta is chock-a-block with churches, chapels, and cathedrals of Christian worship. Whether it’s the splendour of the Rotunda of Mosta or the Baroque architecture of the Mdina Cathedral, hundreds of thousands of travellers from all over the world continue to visit these shores just to get a glimpse of the Maltese people’s many temples of worship.

Venture outside the well-explored route of the island’s parishes, and there’s even more to discover. Scattered in the heart of the countryside and along humble rural trails are a precious collection of ancient chapels. They may be simple and unostentatious in appearance, but these rustic chapels shed even further light on Malta’s deep-rooted history of religious devotion.

Chapel of the Annunciation – Ħal Millieri

In the rural southern hinterland between Żurrieq, Qrendi, and Mqabba lie the remains of a long-forgotten Medieval hamlet -  Ħal Millieri. First documented in 1419, the village is believed to date back even earlier, to possibly pre-historic times. Today, the most prominent remnant of this blotted out settlement is the Chapel of the Annunciation.

The quaint little Medieval chapel is particularly noteworthy for its series of Byzantine-style frescos, depicting ancient saints and holy men, that line its interior walls. With their Gothic lettering and angular design, these are considered to be some of finest and rarest examples of 15th-century frescos on the island.

The chapel’s roof is supported by four pointed arches, which lead to a main altar and apse. The remains of an iconostasis are still present, indicating that the chapel was built at a time when Malta was still under the influence of the Orthodox Byzantine religious denomination. The chapel underwent extensive restoration works in recent years and is open for visits every first Sunday of the month, from 9.00 am till noon.

The chapel of Santa Marija ta’ Bir Miftuħ (translated as ‘open well’) is located in the limits of Gudja and is hailed as one of the best-preserved examples of 15th-century religious architecture in Malta. Built around 1430, the chapel was officially declared a parish in 1436 by Bishop Senatore de Mello. Its parish status came despite the fact that the chapel was never situated at the centre of a village, as a typical Maltese parish church is expected to be. Instead, this austere chapel, with its fine pointed stone arches, served as the main temple of worship for a smattering of nearby villages for well over 200 years. 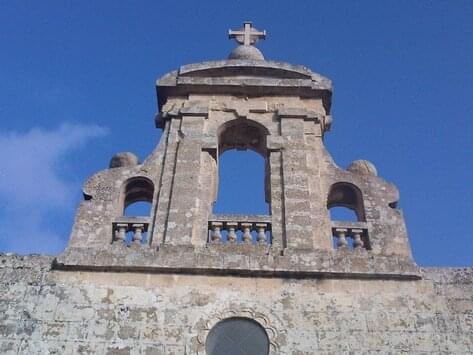 A belfry was added to the chapel shortly before the Knights of St John took hold over Malta. Legend has it that before the invading Turks could desecrate the chapel in the bloody throes of the Great Siege of Malta in 1565, villagers buried religious treasures, along with the bells, in the tombs of the chapel and the surrounding countryside. While many historical artefacts - including beautiful frescos painted above the main entrance - were unearthed during recent restoration works, the original bells remain nowhere to be found.

Today, the chapel plays host to the annual Bir Miftuħ International Music Festival, which invites classical virtuosos from all over the world to play within its hallowed walls every spring. It is also open for visitors on the first Sunday of the month from 9.30a.m. till noon.

Perched nail-bitingly near the edge of Dingli cliffs is a wayside chapel that boasts spectacular open horizon views. This shoebox of a chapel is extremely simple in design, with a façade comprised of a single doorway and a small oculus window. Inside is a limestone altar and an altarpiece depicting the chapel’s titular Mary Magdalene kneeling before a resurrected Christ. 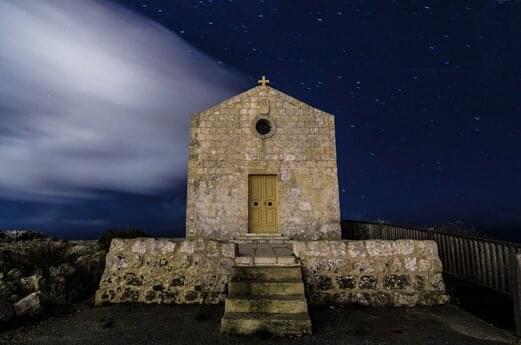 While the chapel’s exact origins are lost in time, historians are certain a chapel already existed on this site as of 1446. By 1575, it had fallen into a state of disrepair and, following its eventual collapse, was rebuilt anew in 1646. You can still make out the Latin inscription above the doorway commemorating its reconstruction. The chapel was mainly used by farmers living in Dingli’s desolate countryside and, thanks to its high-rise position, it also served as an easy-to-spot navigation point for fishermen sailing under the expanse of Dingli’s limestone cliffs.

Chapel of the Return of the Holy Family from Egypt – Comino

This charming little chapel, one of the few inland sites on the tiny islet of Comino, is dedicated to the Return of the Holy Family from Egypt and dates back some 500 years. However, according to map evidence it stands on the site of a much earlier church dating from 1296, which was likely ransacked and destroyed by treasure-hoarding smugglers. 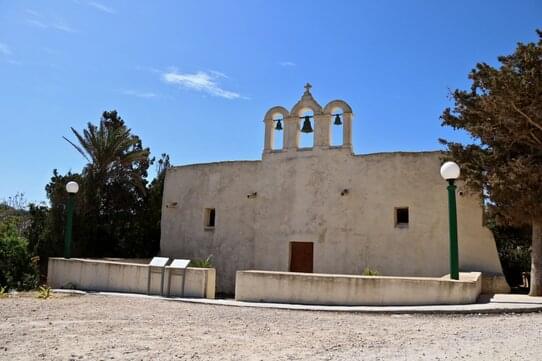 The simple whitewashed façade with its charming bell-gable arches is unique in the archipelago. Inside is Neo-Gothic splendour that’s all swooping corners, pointed archways, and an intact iconostasis that separates the nave from the altar. As with the Hal Millieri chapel, this is another indication of a time when Malta fell under the Byzantine church. Mass is still celebrated in the chapel.

As most of the chapels listed in this article are attended by not-for-profit organisations and volunteers, it is always best to check online and on relevant social media pages to ensure the chapels will be open on the day of your visit. Some chapels are open by appointment only.