If you’re looking for the most impressive views the Islands have to offer, this place should be on the top of your list! The public gardens provide an unhindered, panoramic view of the world-famous harbour, with the three cities; Birgu, Senglea and Cospicua as a backdrop. The gardens are located on the upper tier of St Peter & Paul Bastion, which was built in the 1560s. 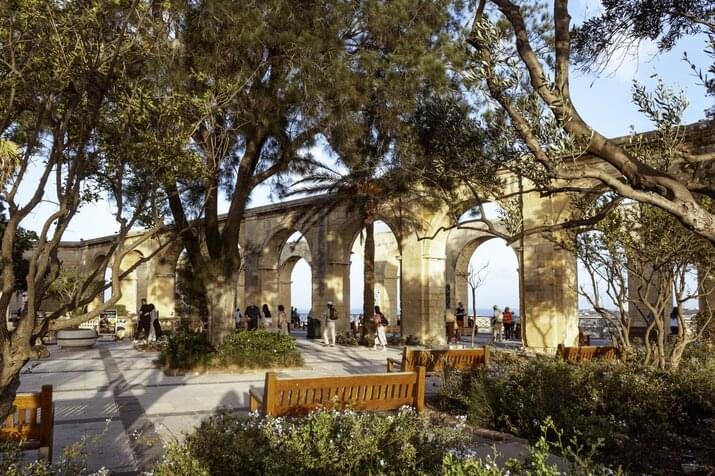 Built between 1572 and 1577, this cathedral contains two masterpieces by Caravaggio. St John’s Co-Cathedral is a gem of Baroque art and architecture. It was built as the conventual church for the Knights of St John. This church is till this very day, an important shrine and a sacred place of worship. It is also a venue for many cultural events.

Strait Street, or Strada Stretta, also affectionately termed ‘The Gut’ owing to its reputation as the former red-light district of Valletta, was once the place where sailors who were docked in the harbour went for a good time throughout the late 19th until the mid-20th century. Nowadays, after extensive regeneration, the area is filled with bars and restaurants. 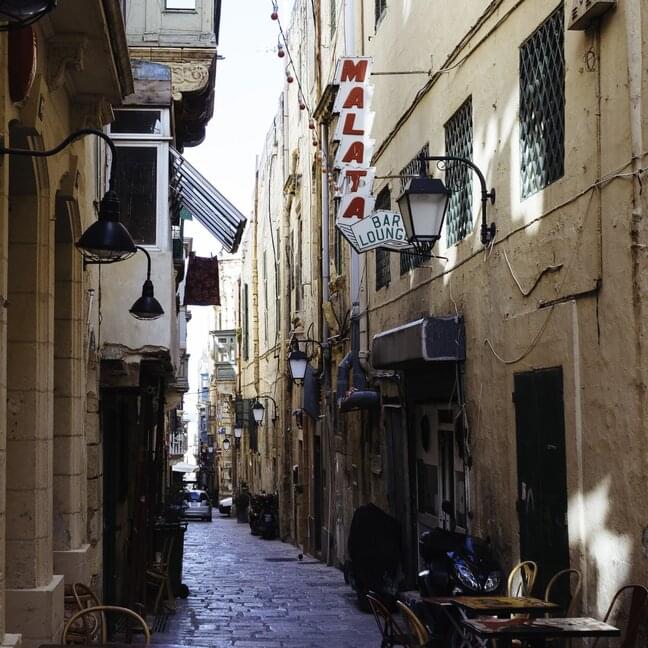 Why not catch a show while you’re in town? The Manoel Theatre is a renowned theatre and famous performing arts venue in Malta. The stunning theatre is often referred to as merely “The Manoel”. It is named after Grand Master of the Order of the Knights Hospitaller, Fra António Manoel de Vilhena, who ordered its construction in 1731. 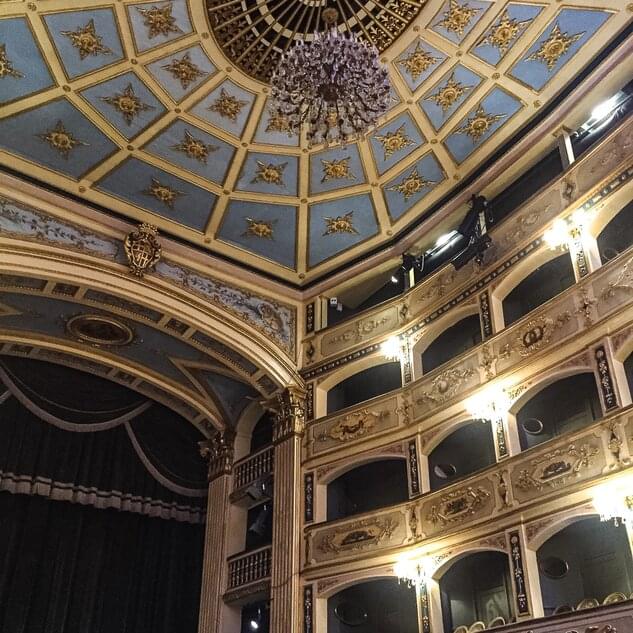 After a considerable restoration project, the Triton Fountain at Valletta’s entrance is a sight you cannot miss. The fountain consists of three bronze Tritons holding up a large basin, balanced on a concentric base built out of concrete and clad in travertine slabs. The fountain is one of Malta’s most famous Modernist landmarks, catch it as dusk begins to fall, and you’ll see it beautifully illuminated. 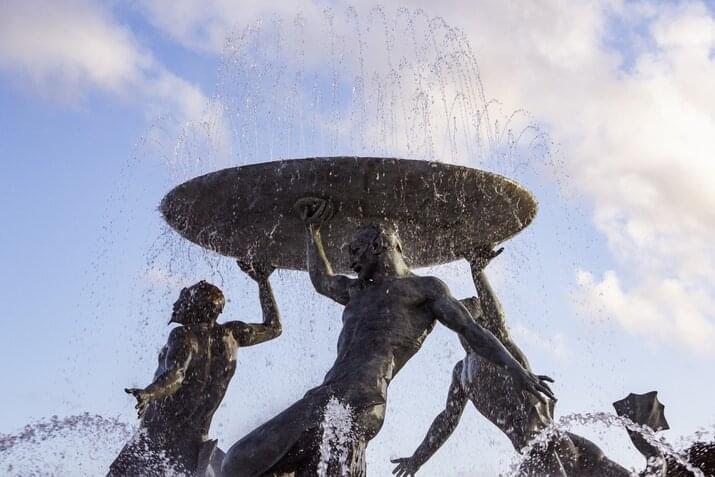 At the tip of Valletta’s peninsula sits the magnificent Fort St Elmo. It stands on the seaward shore of the Sciberras Peninsula that divides Marsamxett Harbour from The Grand Harbour and commands the entrances to both harbours along with Fort Tigné and Fort Ricasoli. It is best known for its role in the Great Siege of Malta of 1565. 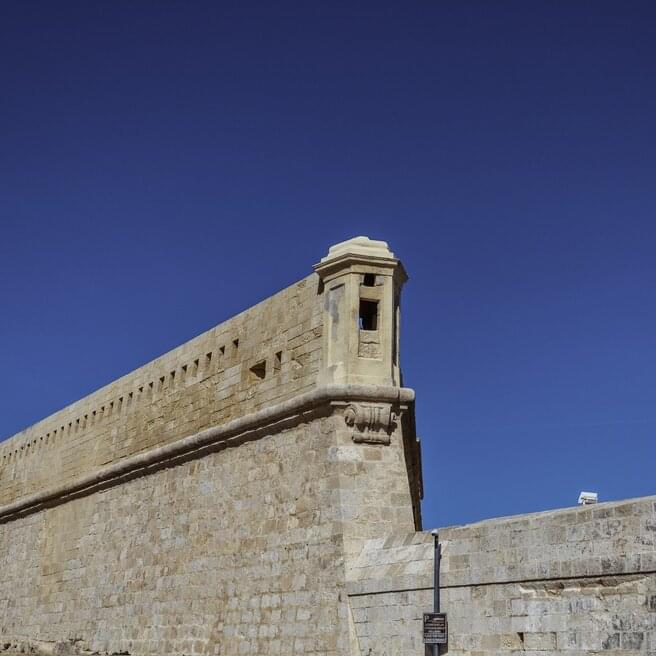