Off The Beaten Track - Qrendi

The small, quaint village of Qrendi boasts of a wealth of breathtaking scenery, a treasure trove of history, a rich religious cultural heritage, numerous legends, and a peaceful rural environment.

The locality includes places such as the mysterious sinkhole known as ‘il-Maqluba’, the spectacular fishing hamlet of Wied Iż-Żurrieq, the scenic Blue Grotto, and also the famous Neolithic temples of Mnajdra and Ħaġar Qim. But equally fascinating is the old village core, which has changed very little despite more recent developments on the village outskirts, and it is here that one can find some of Qrendi’s most interesting landmarks.

One of these is the old Santa Katerina windmill. Although windmills already existed in Malta before the arrival of the Knights of St John in 1530, the Order would go on to drastically increase their numbers, and soon, every town or village in Malta and Gozo had at least one, with this one in Qrendi being built in 1686.

Like other windmills of the period, it had ample space for storing grain and flour, the mechanism, as well as living quarters for the miller’s family. On the façade is a niche dedicated to St Catherine, no doubt influenced by the nearby historic chapel with the same dedication. Although windmills went out of use in Malta by the early 20th century, there are still numerous surviving examples, albeit minus their sails and with their distinctive shape as the only reminder of their past lives.

Another interesting feature in Qrendi is the so-called ‘Ġnien tal-Kmand’, one of a number of similar gardens built in the early 1800s in various localities throughout Malta for use by the local temporary Lieutant or Mayor. The idea of Sir Alexander Ball, a Civil Commissioner of Malta, they increased the greenery of the islands and served as experimental agricultural centres.

The one in Qrendi is known to have had a variety of fruit and citrus trees, many of which survive today, including apricot,  peach and prickly pear trees, as well as almonds, apples,  pears and pomegranates amongst others. Today it serves as a venue for weddings and other functions, but is also open to the public.

One of the most peculiar buildings in Qrendi is the Octagonal Tower, which, from its architectural features, is believed to date to medieval times, perhaps the only one of its kind in Malta. Its octagonal shape certainly makes it unique, although towers in general were once relatively common as a defence against the constant threat of pirate attacks in previous centuries. 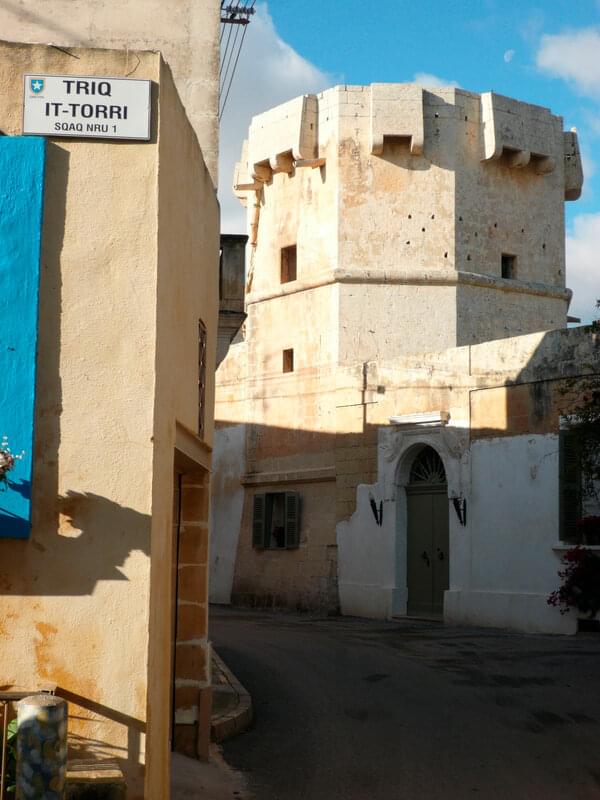 Qrendi was particularly prone to such raids due to its seaside location, and this tower would have been constructed by a wealthy local family to protect itself during such eventualities. Today, it is a privately owned residence.

There are seven churches and chapels in Qrendi, with the most important being undoubtedly the St Mary’s parish church in the village centre. Built on the site of a number of older churches, the present structure was completed in 1712, having been financed by the local parishioners. 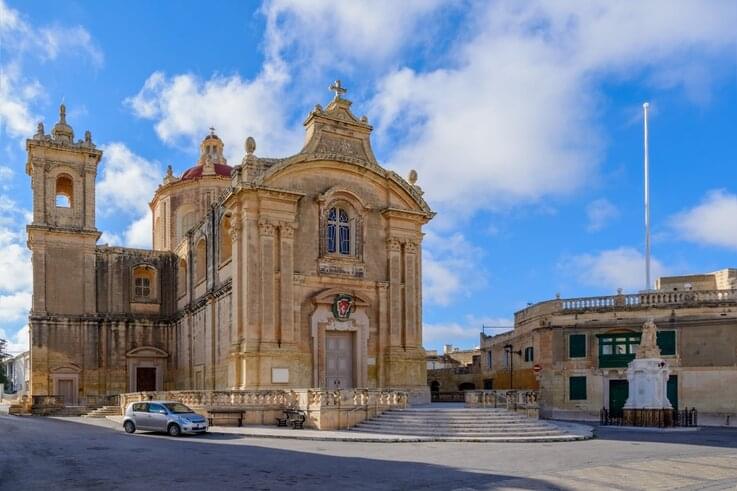 Designed by the Maltese architect Lorenzo Gafa’, it contains works by some of the most distinguished local artists, including the renowned Giuseppe Calì, who was responsible for the altarpiece, while the ceiling and dome, damaged during the war, have since been redecorated with episodes from the life of the Virgin Mary.

Our Lady of Mercy Church

Another interesting chapel is that dedicated to Our Lady of Mercy. First recorded during the 13th century, the present chapel was rebuilt in 1668. Once highly venerated as a sanctuary and place of pilgrimage, the chapel is still decorated by a large number of ex-voto paintings, commissioned by individuals to thank the Virgin Mary for delivering them from some kind of tragedy or serious illness.

The continuous flow of pilgrims to this church led to the digging of a well on the parvis to help them quench their thirst, and the addition of a portico to protect from inclement weather. Bailiff Johann Wolfgang von Guttenberg, of the Order of St John, was a major benefactor, donating various paintings to the church located just across the street from his private residence.