Soak up the sights, sounds, and tastes of this magical French city, just two hours and ten minutes from Malta.

Tourists are well connected on arrival in Lyon, with tram and metro services running through the centre of the city, and main tourist areas. There are also two funicular lines running up to the roman quarter and Fourviere.

Take the Rhône Express tramline from the airport to the city centre in under 30 minutes, then adjust your transport options to suit your itinerary. The metro services run until 1 am, and there are night buses available if you’ve been dancing, visiting a floating bar, or taking in a comedy club.

Make the most of a trip down by the river and hire a bike using the Vélo’V self-service cycle scheme. You can pick up a bike from 348 docking stations and explore some of the most beautiful parts of the city on two wheels.

Lyon’s long and fascinating past will be a delight for all history lovers, whether you’re looking for evidence of medieval and renaissance architecture, or want to see where 19th-century silk weavers used to call home.

Old Town’s Cathédrale Saint Jean Baptiste will catch your eye with its striking stained glass, sculpted decorations and friezes, and ornate astronomical clock. While the cathedral is in plain view you’ll also find joy in the Traboules or hidden pathways and tunnels through Old Lyon. Originally used for silk weavers to reach merchants or source water from the river, these courtyards, galleries, and spiral stairways are a delight to wander.

Fourviere or the ‘hill that prays’ comes alive to the sights and sounds of the performing arts festival Nuits De Fourviere every June and July, but it’s not the only reason to visit. The hill is the site of Notre Dame De Fouviere, a 19th-century Basilica. Take a tour to enjoy panoramic rooftop views of the city, discover the Fourviere Bells, and behind the scenes views of the beautiful architecture and decorations. 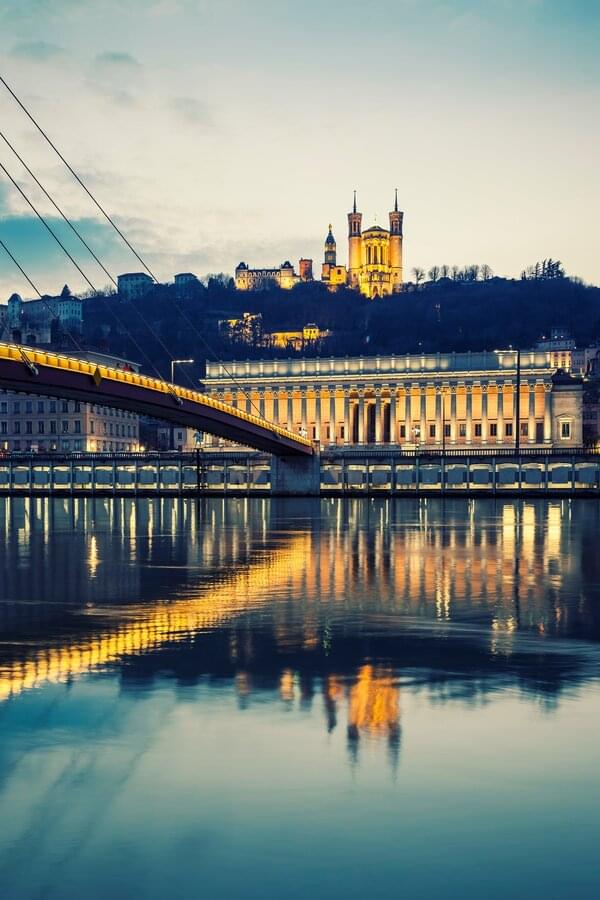 Great quality food and wine are as much a part of Lyon’s culture as its architecture and history, with options ranging from Michelin starred chefs to traditional eateries.

Start your foodie journey in the city with a trip to a Bouchon (or two). These rustic traditional restaurants serve up hearty local cuisine including many meat dishes, and colourful desserts. As you explore the city, you’ll find eateries serving up anything from light bites, Salade Lyonnaise, famous pike dumplings and cured sausage, and Coq au Vin to an unusual Tripe dish called Tablier de sapeur.

If you’re planning a self-catering trip and want to try out some French recipes for yourself, then be sure to shop at Marché de la Croix Rousse for all your fresh meat, vegetables, cheeses, and many other treats from a large number of traders.

Exploring Lyon on foot could uncover all kinds of hidden gems and photo spots, including La Fresque De Lyonnais, a much-loved mural found in the Quai St Vincent, rue de la Martinière area. The mural celebrates Lyon’s 2000 years of history, depicting men and women who made their mark on the city, including the late, much-celebrated chef Paul Bocuse.

In the Place des Terreaux, your eyes will be drawn to the 19th-century fountain sculpted by Statue of Liberty designer Frédèric Auguste Bartholdi, and the detailed facade of the Hôtel de Ville. Nearby pavement cafes and the Musée des Beaux-Arts will further stimulate your senses. 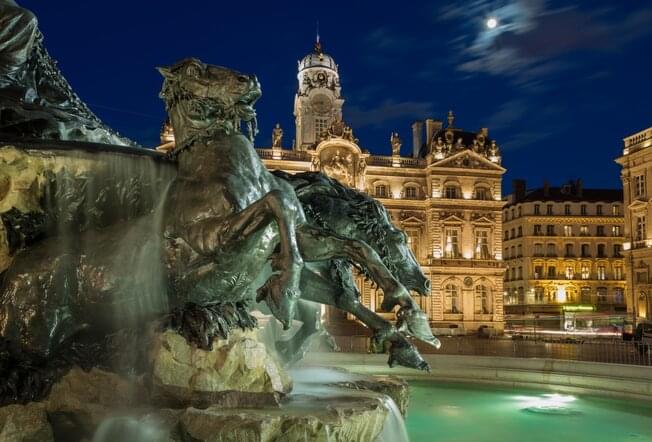 If you need to slow down the pace, and take some time out, look no further than the Berges du Rhône, a series of parks, quays and walking routes alongside the Rhône River. It’s the perfect place to spend time with friends and family, enjoy nature and the river views, and compare notes on your trip.

Projection mapping, unique installations of different shapes and sizes, and four days of exciting experiences are planned for the annual Festival of Lights, running from December 8th to December 11th 2022. Charge up your camera, and see Lyon’s heritage illuminated in a truly special way.

Please follow the latest Covid-19 guidelines with regards to travel.