IF YOU ARE A DEVOTEE OF WARM-WEATHER VACATIONS AND REFUSE TO LOOK NORTH UNTIL MAY ROLLS AROUND, THIS IS A VERY SHORT READ FOR YOU.

But... perhaps you could be enticed into to considering a break in cooler climes? What might it take to convince you that there is something to be said for embracing the winter season and following the deep freeze? A 6 Celsius day in Northern Europe can - dare it be said - be blissful.

Cities are refreshingly crowd-free and inexpensive during the colder months and they offer some seriously cozy experiences that will make you forget about the beach altogether. Berlin is a perfect example. To be fair, there's no such thing as a bad time to visit the German capital but go over the winter period and you can enjoy, amongst other delights, the film and arts scene, in one of the most stimulating cultural centres in Europe.

There are, what appears to be endless museums, galleries and indoor attractions (175 museums if you want to be precise!) From art and ancient artifacts to military history to classic cars and technology, the city contains many treasures of our past and present. 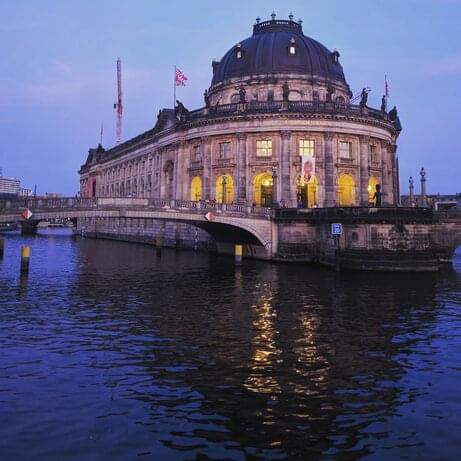 There’s just something about strolling through the classic paintings of Europe’s greatest artists – and I mean, of all times. You don’t have to be an expert on the fine arts to appreciate how the skills of painting have evolved over hundreds and hundreds of years. The tendency is to Google things these days, but when you see a huge painting with such intricate features – such as Jan van Bijlert, Das Gastmahl von Alexander und Kleitos, you get an unexplainable special feeling.

A museum of a different kind (the floral variety), comes in the form of the Berlin-Dahlem Botanical Garden and Botanical Museum (Botanischer Garten und Botanisches Museum Berlin-Dahlem). It offers special programmes and events in its lovely, warm, greenhouse all year-round.

Another variation on a theme comes in the shape of the former Tempelhof airport building.

While it may not be an official museum, Tempelhof park – the tarmac    of Berlin’s iconic airport - attracts visitors in droves. Many though have never seen the inside of the impressive, neoclassicist building. It is thoroughly recommended. Taking around 2 hours, is not just insightful in terms of architecture, but also gives visitors a sense of historical context: after all, Tempelhof was designed and built under Hitler’s regime as part of the greater Germania plans that were never realised.

Mauermuseum Museum Haus am Checkpoint Charlie. Though tiny and slightly disorganized, it’s an excellent historical refresher covering everything from the pre-wall era up to present day.

And while on the topic of the Wall, a walk along the longest open-air gallery in the world is a must. The Wall of Art – or East Side Gallery - beautifies the parts of the Berlin Wall that are still standing, covering 1.3 kilometres on the banks of the Spree in Friedrichshain.

Immediately after the wall came down, more than 20 years ago now, 118 artists from 21 countries began painting and it officially opened as an open-air gallery on 28 September 1990. Just over a year later, it was given protected memorial status. The memorial gallery features over 100 murals painted by artists from all over the world detailing their interpretations of the events surrounding November 9, 1989, when the wall came down.

In Berlin’s central park you can do both – walk and bike. It’s considered to be one of the most beautiful city parks in all of Europe. There’s a war memorial for Russian soldiers and you can also see the nearby Reichstag (Germany’s parliament) and famous Brandenburg Gate.

All this cultural experience and exercise – on foot or by pedal power – can, thankfully, be coupled with an excellent array of cafés, bars, clubs and restaurants, delivering plenty of stimulation and a fantastic antidote to the cold.

Where to begin when it comes to food and drink?

If you want proper German grub (combined with the best spot for people-watching at lunchtime) go to Borchardt, Berlin’s see-and-be-seen restaurant since 1853. Settle in for a Wiener schnitzel the size of your head and watch the ‘chicest’ of Berlin’s ladies (and gentlemen) who lunch.

The Neukölln neighborhood is becoming one of Berlin’s gastronomic go-to areas for young chefs, the best of which can perhaps be seen at Industry Standard. Using the finest local and seasonal ingredients, every dish is a creative culinary combination you’ll wish you’d ordered two of. Favorites include local German burrata with pistachio pesto and homemade bread, wild boar tagliatelle, and sourdough ice cream.

But don’t think this is an expensive city.  You can often judge a place on how cheap it is by the food, and there are lots of incredibly cheap options. No visit to Berlin is complete without having a taste of its famed bratwurst dishes.

Be sure to give the currywurst a try. Regarded as one of the most popular varieties in the country (and to be found everywhere), it is a pork sausage seasoned with curry powder and ketchup, and often comes served with fries.

Another cheap eat that surprises, can be found at Mustafas. It’s considered to serve the best kebabs in Berlin. The lemon, the mint, the fresh vegetables are not over exaggerated! Simply mouthwatering.

Eating always ramps up a gear at Christmas and this is another special time of the year to visit Berlin.

You’ll be spoilt for choice when looking for Christmas markets (Weihnachtsmärkte). From around the end of November, usually the 25th, great-smelling food and drink of the stalls entice visitors to spend the evening exploring the sights and sounds on offer.

The Berliner Weinachtszeit is located behind Alexanderplatz and is an excellent place to soak up the Christmas spirit. You'll enjoy discovering rides, mulled wine and traditional toys among many other gifts here.

WeinachtsZauber at the Gendarmenmarkt is another institution of Berlin's Christmas markets and can be found in the cultural district housing the Konzerthaus and cathedrals. Späth'sche Baumschule dates from the 18th century and is particularly great for kids.

GET YOUR TICKETS READY FOR BERLIN’S WINTER FESTIVALS

Unlike other places which may suffer from post-Christmas blues, Berlin embraces the arrival of January when its festival season kicks off with the transmediale, an exclusive, interdisciplinary festival of art, culture and technology which puts modernity in a critical perspective. It’s been going on for 28 years and has become one of the most important events within Berlin.

This rolls into Berlin’s International Film Festival – the Berlinale - which is the city's most glamourous event combining international stars on the red carpet, enthusiastic fans from around the world - and, above all, some great films. Around 400 films are shown at the Berlinale and tickets are available for everyone, because the Berlinale is the world’s largest public film festival.

Your skin is dry, your legs and feet ache from walking the museums and enjoying the festivals plus that you may not have seen the sun f or some time. Make time to do something nice for yourself.

There are plenty of spas in Berlin, popular among them Liquidrom and Vabali. For that special ‘I’m worth it’ moment, escape to Brandenburg, to the Bleiche spa for a luxurious splurge. Alternatively, the Fontane Therme in Neuruppin is great if you only have time on the weekends when Berlin’s spas are bursting from the seams.

Having refreshed yourself and relaxed it’s time to hit the streets again, for some more therapy. This time the retail kind.  Head out on foot (or rent a bike) and meander the Mitte district’s cute local shops like Paper & Tea Store, a sleek tea emporium that even the java junkies would love, or Lala Berlin for cozy knits and cute leather accessories.

You know it’s a good concept store when you aren’t sure if you can actually touch any of the merchandise. That’s the vibe at Andreas Murkudis, in Berlin’s Schöneberg neighborhood where Céline, Maison Margiela, and Dries Van Noten are displayed like an expertly curated art exhibition.

The first thing that strikes you on entering Darklands is that all of the clothes are black – or thereabouts. This is particularly arresting given that the store comprises a vast white space with towering ceilings and polished grey floors. The staff, all draped in complex multilayered outfits, look like an order of strange retail monks, with aggressively shorn hairstyles and woollen hats. It’s an enterprise that is perfectly at home among the proliferation of art galleries that now inhabit Tiergarten’s former warehouse district, a 15-minute taxi ride from the centre of Berlin. At the other end of the spectrum why not ransack the Arena indoor flea market?

You must be quite dedicated to find something you were looking for at this flea market, but if you’re just trying to pass the time (without freezing to death) and you’ve got a good eye for valuable junk, you may get lucky.

Germany’s capital city is a lively place all winter long and has many stories to tell. It’s a city has it all: history, art, shopping, food, and bier. Some of the best emerging talents in the art, fashion, and culinary worlds are here, making Berlin the perfect place for a weekend adventure and as the colder months are a big part of German culture, this city must be on your bucket list for a European winter journey. 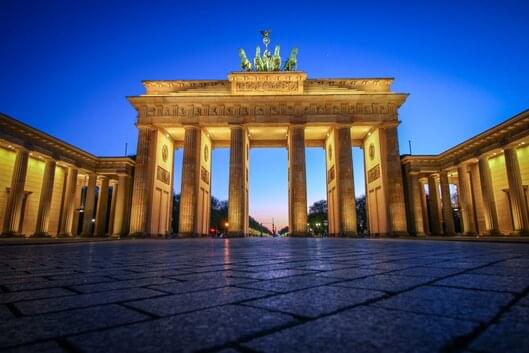 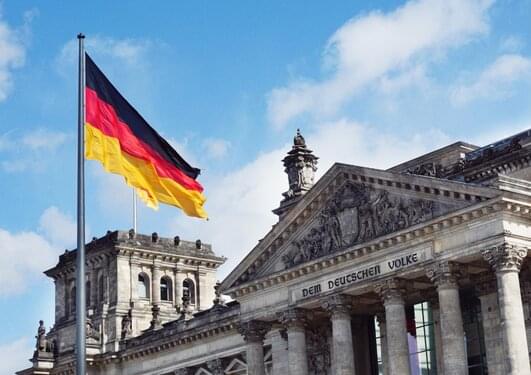