The Vibrant city of Zurich

Zurich is not just one of the world’s top financial hubs, it has regularly been voted the city with the best quality of life and is the wealthiest city in Europe. It also hosts Europe’s largest outdoor party.

Zurich is Switzerland’s largest city. It also qualifies for many other superlatives including ranking first in lifestyle magazine Monocle’s 2012 ‘Quality of Life survey’ on a list of the top 25 cities in the world. Zurich also won top place in several surveys conducted between 2006 and 2008 as the city with the best quality of life, as well as the wealthiest city in Europe.

Of course, one cannot ignore the fact that this former Roman town is home to the world’s biggest stock exchange and is Switzerland’s financial hub. But, despite the city’s name (Zu Reich means ‘too rich’) and now outdated views that it is a boring capital, business-minded and uptight, this city has proven itself to be vibrant, bursting with life and with attractive events the whole year round.

The city boasts a plethora of attractions for all kinds of tourists. For the culture vulture, there are many museums and art galleries, including the Swiss National Museum and the art gallery, the Kunsthaus and one of the most important theatres in the German speaking world – the schauspielhaus. Food and drink lovers will be spoilt for choice with all the bars and restaurants around, and party revellers will have the time of their lives at the city’s largest outdoor techno party.

In sum, there’s something for everyone. Here are a few highlights, depending on your interests:

If culture is your thing...

Zurich’s star cultural attractions lie conveniently within the compact area on either side of the city’s ‘home’ River Limmat, between the main station and Lake Zurich. stroll along, or take a cruise on, the beautiful river and enjoy some of city’s impressive churches, including the Grossmünster and Fraumünster – as well as the city's oldest, st Peterskirche, which still boasts the largest clock face in Europe. 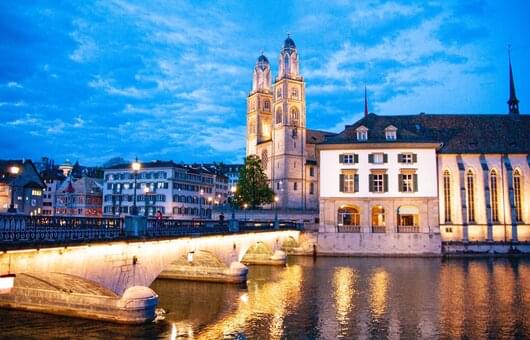 You can also take in the gorgeous sites that are the burgher houses of the Old Town, and perhaps do a bit more than sightseeing when it comes to the elegant shops of Bahnhofstrasse. You will be spoilt for choice when it comes to museums, art galleries, design forums, archaeology collections and ethnographic museums.

For one Saturday in August, the path along Lake Zurich is transformed into a parade of fluorescent hot pants, bodysuits that don’t leave much to the imagination, pole dancers on tow trucks, outfits that would not be out of place in an s&M nightclub, or Disneyland, or both, and, of course, the distinguishable beat of techno. Zurich’s street Parade is Europe’s largest and most attended outdoor techno party. If you like Berlin’s Love Parade, then join the one million revellers at Zurich’s ‘Demonstration for Love, Peace, Liberty, Generosity and Tolerance’.

Zurich is synonymous with fondue, and although this melted delicacy does appear on a lot of menus, the city boasts a wealth of Michelin-starred restaurants. Autumn is prime time for restaurants as they attract visitors with wild game specialties and mushrooms, while small stalls on every street corner offer ‘roasted chestnuts’.

Climb Üetliberg – Zurich's very own ‘mountain’ in the Swiss plateau. The Üetliberg offers a panoramic view of the entire city of Zurich and the Lake of Zurich. Views are especially rewarding in autumn when the surrounding beech forests turn to golden shades. And if you want to aim higher, consider a wonderful day trip on the Alps, which are not far from the city, and numerous hiking areas can be reached in less than one hour from Zurich. 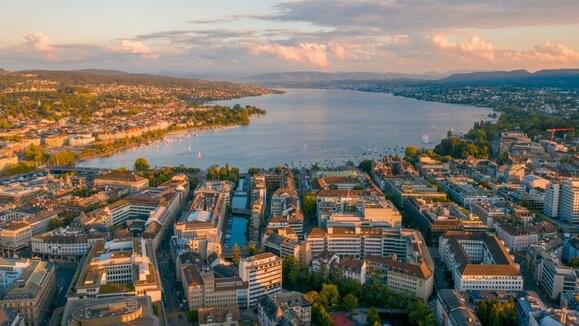 And now something completely different...

Zurich was the birthplace of the wacky Dada art movement and is home to the Cabaret Voltaire, a former nightclub. The building has now been converted into an arts space with an extensive programme of events and exhibitions. And, if you like bathing, Zurich also has as many public baths as Istanbul. And if you like bathing in your birthday suit... Lake Zurich is one of the top spots in Europe for skinny-dipping! 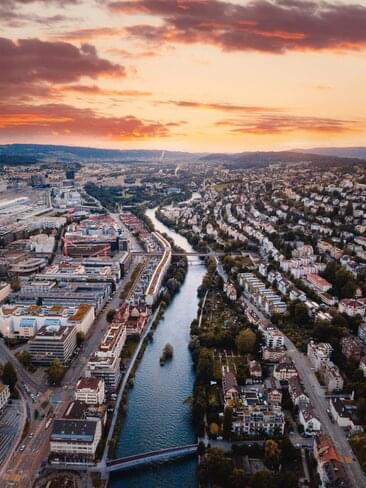 Book your flights and find more information from www.airmalta.com.