The small, quaint village of Qrendi boasts of a long colourful history, a rich religious heritage, fascinating legends, and a peaceful rural environment with breath-taking scenery. Located nearby are a number of well-known sites, such as the prehistoric temples of Ħaġar Qim and Mnajdra, the spectacular fishing hamlet of Wied iż-Żurrieq, and the famous Blue Grotto.

But undoubtedly the most mysterious site is to be found right on the outskirts of the village. At one end of the small open area known as Misraħ tal-Maqluba, and just behind the chapel dedicated to St Matthew, lies a strange crater-like hole in the ground covering an area of about 6,000 square metres and approximately 15 metres deep. Known as ‘il-Maqluba’, its name literally translates into ‘turned upside down’.

Centuries ago the locals came up with a legend to explain the existence of this strange feature. Supposedly, this was once the site of a small hamlet, whose inhabitants had turned away from God. Though He tried to warn them through a pious woman living in the area, they refused to change their ways and were thus punished.

A terrifying storm broke out, as angels ripped the village from its roots and dumped it out at sea, thus not only explaining the large hole left behind, but also the creation of the tiny islet of Filfla. Only the woman, praying inside a chapel on the village outskirts was spared. This story seemed to be corroborated by the fact that today’s chapel is found literally at the edge of the precipice.

In truth, of course, there is a much more logical explanation for il-Maqluba’s existence. Such sinkholes are usually formed when the ceilings of underground caverns collapse. Given that caves are very common in the Maltese Islands, there are numerous other sinkholes locally, but il-Maqluba is undoubtedly the best example. 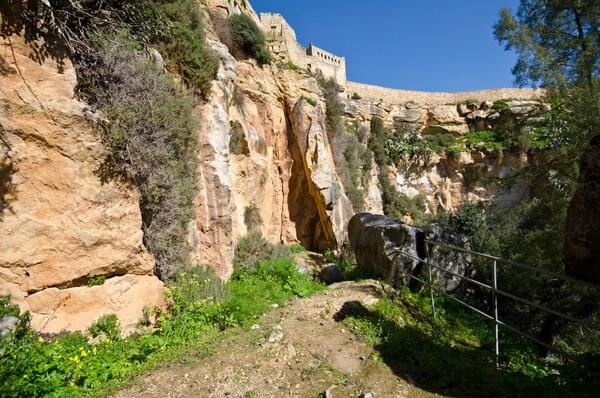 It is believed that il-Maqluba was created on 23rd November 1343, when Malta experienced a severe Winter storm, possibly accompanied by an earthquake, which led to the roof of a pre-existing underground cave to collapse, leaving behind a big gaping hole. In reality, the tremor felt by the locals was more likely caused by the collapse itself, the result of long-term underground erosion.

Because of its inaccessibility, several interesting species of plants thrive at il-Maqluba, including ones that are endemic to the Maltese Islands, thus making it a very important ecological site. These include Malta’s national tree - the Sandarac Gum Tree - as well as the Maltese Salt Tree, which only grows locally, while among the more common species, one finds Carob, Pomegranate, and Prickly Pear trees.

The list of fauna identified at il-Maqluba is also interesting, and includes rare species of ants, beetles, a slug, a millipede, and a type of woodlouse. Grey long-eared bats and free-tailed bats also inhabit the zone, while most importantly, Malta’s national bird, the Blue Rock Thrush, is known to breed at Il-Maqluba.

Also of interest are the two adjoining chapels dedicated to the same saint. The smaller one, located just feet away from the edge of the precipice, is known as San Mattew iż-Żgħir, and is said to have survived the 1343 incident which created il-Maqluba, although it is possible that it was in fact built soon afterwards. Its architectural style suggests that it was built in the 14th century, which would make it one of the oldest Christian shrines in Malta.

The larger chapel - San Mattew il-Kbir - was completed in 1682. Its decoration is more ornate, with small stained-glass windows and a large titular painting showing the martyrdom of St Matthew. Although San Mattew il-Kbir suffered significant damage during World War Two, later restoration works ensured that the building was preserved. 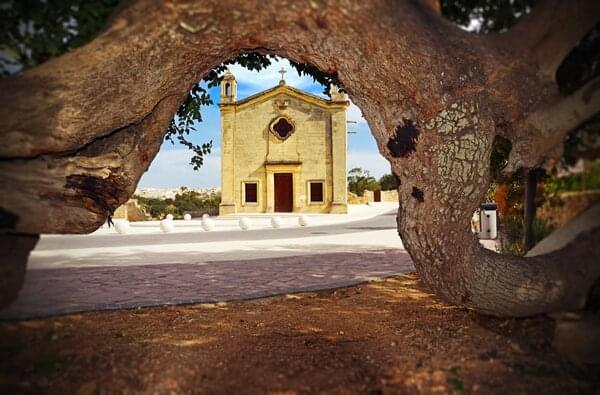 All in all, the area of il-Maqluba is definitely an intriguing site. Whether you love nature, history, or are simply curious, you can always head over to Misraħ tal-Maqluba, take a seat on one of the benches to enjoy the scenery, and of course don’t forget to follow the path by the side of the chapel so that you can peer for yourself down into this mysterious chasm. 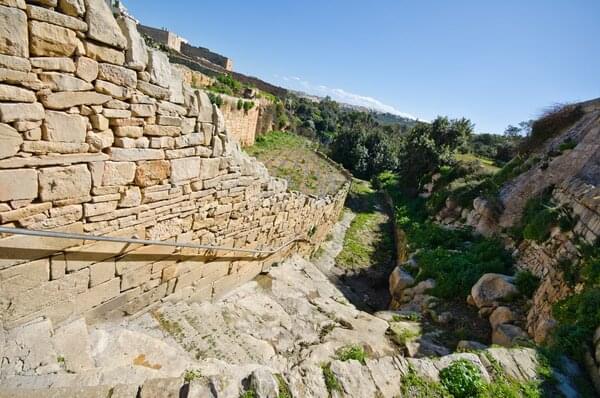