Love is in the air(plane)! Captain proposes to cabin crew with heart-shaped fly path on Air Malta’s Love Plane

It was a night of true love aboard the Air Malta Love Plane yesterday evening.

Not only did a passenger propose to his girlfriend at an altitude of 14,000 feet but the plane’s captain also plotted a fairy-tale proposal of his own!

Captain Charles Borg Giuliano planned the route around Sicily and Mount Etna carefully to create a perfect heart-shaped fly path. He then told his First Officer to name the last GPS coordinates Will, You, Marry and Me.

When he decided to make his move, Cpt. Borg asked his cabin crew girlfriend, Julia Lynne Saliba to enter the flight deck and see the navigation display, which spelled out: Will You Marry Me? 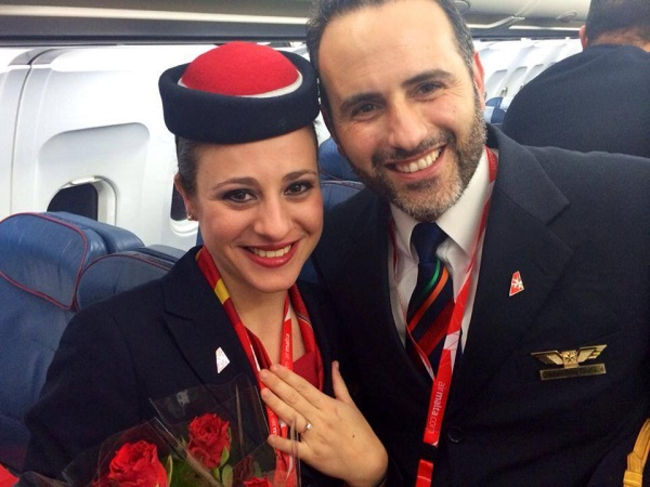 This was the second wedding proposal to happen on the same Valentine’s flight. Earlier, Claudio Barbara, 26, from Mtarfa, took to the plane’s PA system, in full view of all the other passengers, to ask Ruth Grech, 25, from Rabat, to marry him... Thankfully, and without hesitation, she said yes!

“Their proposals added so much romance to the Valentine’s flight, turning it into a truly unforgettable experience for everyone on board. Our passengers had tears in their eyes... It was a genuinely heartfelt moment,” said Simon Gatt, Air Malta’s in-flight Manager onboard the flight.

The proposals were filmed and included in the Love Plane video which can be viewed on www.airmalta.com.

This was the second year that Air Malta organised the special flight, taking couples on a romantic round trip of Sicily and Mount Etna by night.

Due to an overwhelming demand for tickets this year, Air Malta added a second flight to the mix, aptly naming one plane Romeo and the other Juliet.

More than 100 couples indulged in sumptuous gourmet delights, enjoyed live music and gazed at the stars on what was surely Malta’s most high-flying date night. 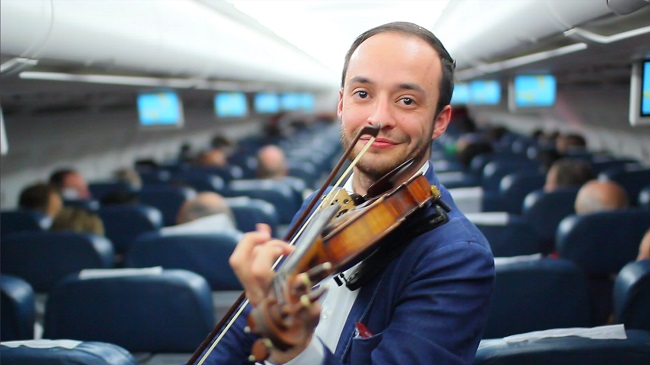 The adventure began with pampering and full VIP treatment at Malta International Airport, including a red carpet check-in and a number of other Valentine’s treats along the way.

Air Malta’s guests were also given a Love Bag full of goodies, including a specially-designed pendant produced by Classic Jewellers to remember the experience.

Do you want the Love Plane to return next year? Write to Air Malta on www.facebook.com/airmalta or www.twitter.com/airmalta to register your interest! 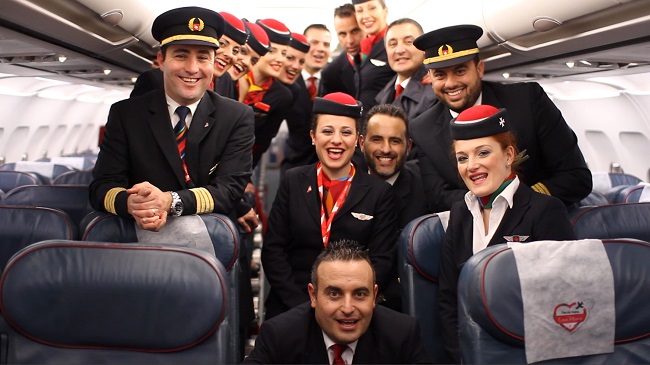