After the civil ceremony held at Malta International Airport, the bride and groom took it to the sky together with friends, relatives and colleagues. They celebrated their wedding onboard a romantic Air Malta flight with unusual heart-shaped flight paths over the islands. The flight was chartered and paid for by the couple. 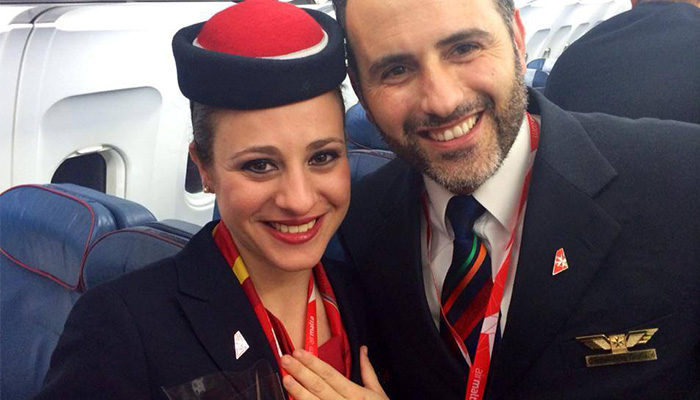 Aviation enthusiasts across the world were puzzled as air traffic tracking site, Flightradar24.com, caught the Air Malta flight KM14JC forming two giant hearts over the Maltese islands and dubbed it the ‘Love Flight’.

Captain Borg was following on his marriage proposal he organised last year on the 14th February.

That day, whilst flying the Air Malta ‘Love Plane’, a special flight organised by the airline for couples on Valentine’s, he asked his cabin crew girlfriend, Julia Lynne Saliba to enter the flight deck where he proposed. He had planned the route around Sicily and Mount Etna carefully to create a perfect heart-shaped fly path. 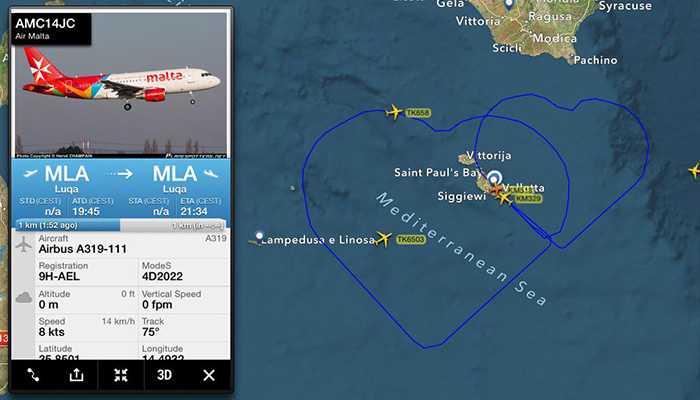 The couple will get married in church next weekend.

Air Malta would like to congratulate Captain Charles Borg Giuliano and crew Julia Lynne Saliba for this extraordinary initiative and augurs them a happy married life together. They join around 25 other married couples who are Air Malta staff members.

The ceremony and flight were organised with the assistance of Malta International Airport and the Malta Air Traffic Services.