Air Malta has today presented its audited annual report and consolidated financial statements for the year ended 31st March 2013. These audited figures, registered at the end of the second year of the airline’s five year Restructuring Plan, continue to show the positive improvements Air Malta is achieving. During this period the airline has more than halved last year’s operating losses, increased significantly its revenue, registered a higher passenger load factor and improved its flight on-time performance. 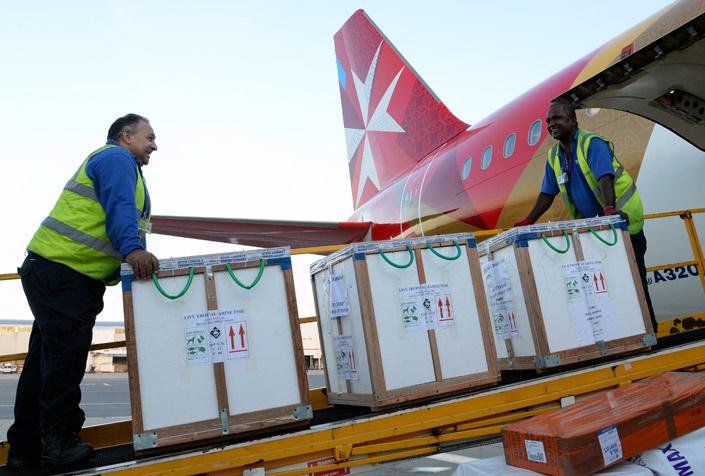 Financial Results For Year Ended March 2013
During this financial year the airline reported an operating loss from airline operations before restructuring and finance costs of €13.7 million (2012: €29.7m, 2011: €34m). This result is €1 million better than that budgeted in the Restructuring Plan and represents an improvement of €16 million over last year. The total loss for the year after restructuring and finance costs was €31.2 million (2012: €38.4m, 2011: €88.9m).

The revenue from airline operations increased by €13 million to €221 million (2012: €210.5m, 2011: €205.7m). This were driven by a constant improvement in revenue generation initiatives that include ancillary revenues.

During this year Available Seat Kilometres (ASKs millions) were down 7% to 3,483 from 3,738. This is in-line with the compensatory measures of the Restructuring Plan approved by the European Commission. Despite this decreased seat capacity, Air Malta carried 1.74 million passengers, a minimal drop of 2% from the 1.78 million passengers registered last year. This positive result was achieved through an increase in passenger load factor of +1.7% to 76.5% (2012: 74.8%, 2011: 68.5%).

On-Time Performance
On time performance (OTP), which is being reported for the first time during the airline’s annual report, has improved by 3.8% to 80.1%. (2012: 76.3%, 2011: 76.7%). This operational measure indicates the percentage of flights that have departed within 15 minutes of their scheduled time of departure. This is an industry standard measurement of on-time performance of an airline and is one of the key performance indicators of the industry. Over the last year Air Malta has launched a business process re-engineering program of projects to improve its OTP.

Fuel Hedging
Fuel is Air Malta’s largest cost item amounting to 28% of the airline’s revenue. The fuel and currency hedging strategies adopted by the Company are leaving the desired effect in view that the risk of higher fuel costs is being mitigated. Through these initiatives Air Malta has successfully converted what was a substantial cost penalty against our competition to being in-line and at times better than direct competition.

Implementation Pathway
The effectiveness of the restructuring measures that have been taken has been reflected in the improved financial results registered during the current financial year. The airline is substantially on track on its revenue generation initiatives however in view of the delayed implementation of certain measures envisaged, the full benefit of expected cost reductions has not been experienced by the Company during this year.

This is expected to occur in the current financial year further improving the operating results registered. During this current year the Company will pursue the implementation of these measures.

The airline must continue to address its cost base. Major contractual discussions are still underway with the World Aviation Group, SkyGourmet and Sabre amongst others. Other cost related initiatives are being tackled including Global Distribution Systems fees, aircraft cleaning and reserves funding. These contract discussions follow the contractual renegotiation agreements reached last year with other key suppliers including Lufthansa Technik, Malta International Airport and SITA.

Interim Half Yearly Results (April – September 2013)
During the six month period that follow these audited financial statements being announced today, Air Malta increased its revenue by €9.6million (+7.2%) over the previous year. During this period the airline registered an operating profit before restructuring and other related costs of €6.25million (HY2012: 0.41m). The profit for the period, after restructuring and finance costs, was €2.9million (HY2012: €5.6m loss).

Conclusion
This was a very important and exciting year for the airline. During this period the airline registered significant milestones that included the approval of the Restructuring Plan from the EU Commission. The year also saw the rebranding and re-positioning of the airline, the inauguration of the new Head Offices at Skyparks and the launching of a new website www.airmalta.com.

This year Air Malta invested €3.5million in new Ground Services equipment, restarted daily flights to Tripoli and inaugurated flights to Benghazi. It re-negotiated the contractual agreement with SITA, signed Collective Agreements with the Union of Engineers and ALPA, launched a new in-flight magazine Il-Bizzilla and appointed Joseph Calleja as its brand ambassador. It also sold Holiday Malta and Flyaway Tours to continue meeting the requirements of the Restructuring Plan.

Air Malta will continue pushing forward a number of projects specifically related to cost reductions whilst spearheading new revenue enhancement projects. A major financial enterprise resource planning (ERP) project will be launched tomorrow that will see an overhaul of the airline’s financial systems driven by an integrated suite of software modules. This major project aims to revamp the airline’s financial structure, processes, procedures and software systems.

The airline also needs to invest in management strength and accountability and continue spearheading a cultural revolution within its staff compliment. 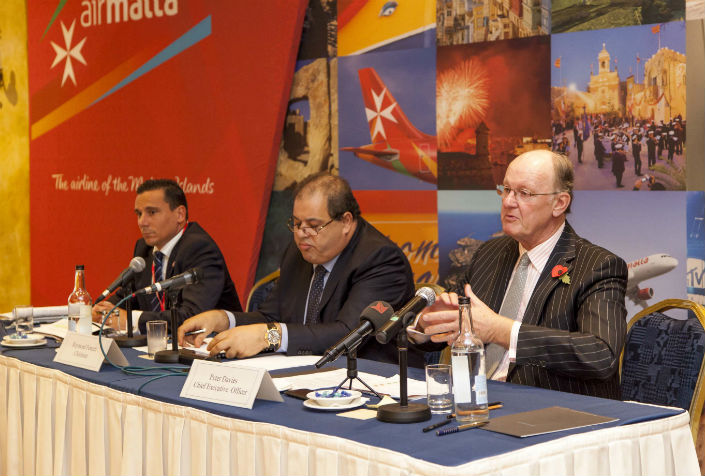