Wine, Dine and Shop in Catania

Nestled at the foot of Mount Etna, Catania’s volcanic lands are a rich source of wine production, while Greek, Roman, Arab and Spanish history has shaped its gastronomy and marketplaces. Sicily's second city is the perfect place to wine, dine, shop, and soak up the local culture.

Sicilian gastronomy has evolved from Italian culture and previous occupiers of the island, such as the Greeks, Romans, Arabs and Spanish. There's evidence of this all around you in Catania, and if you’re on a self-catering break, a trip to one of the markets or street food vendors should form part of your itinerary.

Soak up the vibrant and chaotic atmosphere of two well-known markets in Catania, La Pescharia Fish Market close to the Cathedral, and Fera 'o Luni Market at Piazza Carlo Alberto. Both markets are open mornings and full of fresh produce to tempt your tastebuds. Be sure to explore all the streets and alleyways of La Pescheria for fresh fish and seafood, meats and cheeses, spices and dried fruit. 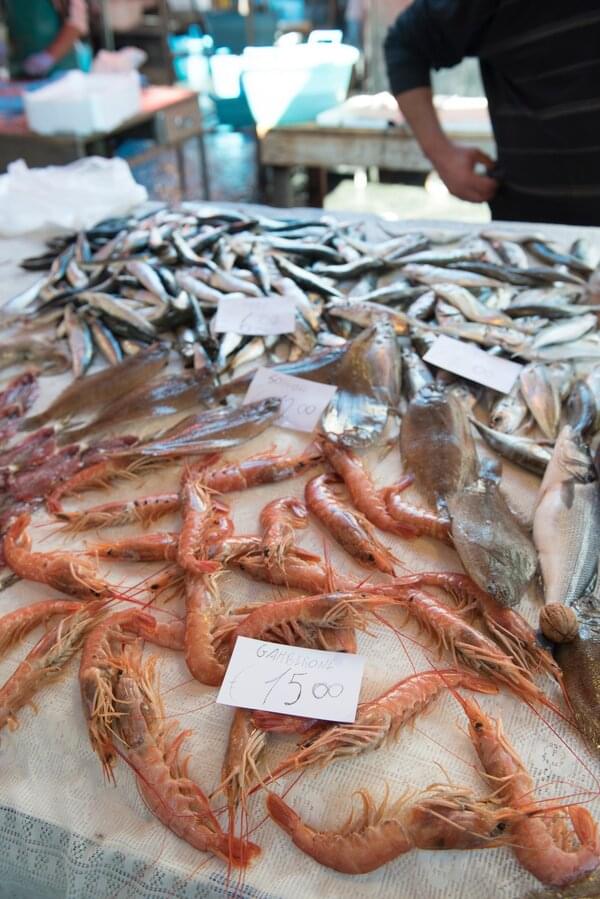 The Fera 'o Luni Market has a wide range of colourful fresh fruit, vegetables, flowers, and other provisions you might need on a self-catering holiday. Be sure to keep your eyes open for the architecture surrounding the square.

Street food is trendy in Sicily, and you’ll find vendors at markets and food locations across the city, some of which will serve up recipes unique to the region. Look out for:

Arancini: (stuffed and fried rice balls) made with ragu, peas and mozzarella or pistachio sauce, using world-famous Bronte pistachios, are widely found in the region. 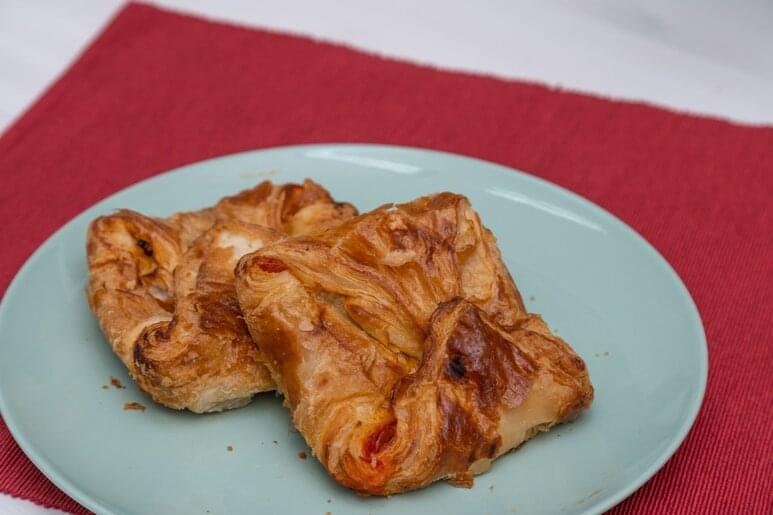 Martorana: Artistic marzipan treats crafted into fruit and vegetables and available in many pastry shops.

Thanks to the proximity to Mount Etna, Catania and the wider region are blessed with enriched soils that are ideal for wine production. Locally produced wines are labelled with the Etna  DOC denomination and include those produced using the Nerello Mascalese Grape, popular for its flavour of red berries and spices. Experience some of the local specialities on a wine-tasting or vineyard tour.

Artisans produce some beautiful and authentic products for you to take home. These include colourful and detailed Sicilian Coffa Bags, along with jewellery, accessories, and homeware made from lava stone.

There is a real labour of love in the handcrafted products you will see in shops and studios throughout Catania, including the wooden puppets that represent an important part of Catania’s heritage. A style of puppet theatre called ‘Opera dei Pupi’ dates back to the 18th century, with Catania having its own distinct puppets and performance style. Visit the museum and theatre of the famous Napoli family and you could pick up a collectable puppet or miniature jewel puppet, and marvel at the craftsmanship for yourself. Be sure to explore the museum or catch a performance if you can, and discover more about the art form, puppets, and the contribution this 4th generation theatre company have made to puppetry, and Catania's culture.

Via Crociferi: A UNESCO World Heritage Site where you will find some of Catania’s best-loved churches. Head to Piazza San Francesco D’Assisi in the old town area.

Ursino Castle: A 13th-century former Royal Castle opened to the general public as a museum. See exhibits of artefacts and artwork relating to Catania and the castle's history. 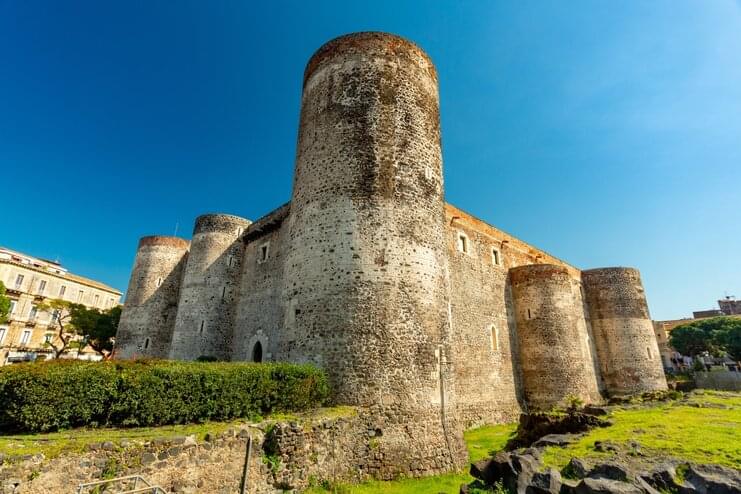 There are many stories to be told through the different architectural styles and Benedictine history at this religious site, and throughout Catania. What could you uncover during your visit?