Of Statues and Steeples

Vienna - capital of Austria, land of opera, Klimt and the sachertorte. If asked to describe Vienna in three words; I think the correct answer would be imperial, inspiring and intricate - but this of course is my take on the majestic city. Visiting Vienna opens your eyes to a cultural renaissance that stands the test of time, a marvellous trip to the imperial palaces, astounding streetscapes and musical appreciation.

The first thing that strikes a Vienna visitor is the architecture. Now, whether you’re an architecture buff or entirely unaware of architectural presence; first impressions are ever-lasting and the gargantuan impression that Vienna leaves on you is impressive. One of the top spots to visit when on a Viennese holiday is the Schönnbrunn Palace; also known as Sisi’s Palace. Elisabeth of Bavaria is better known as Empress Sisi of Austria, she married Emperor Franz Joseph I and lived in the Schönnbrunn Palace during the summer months. 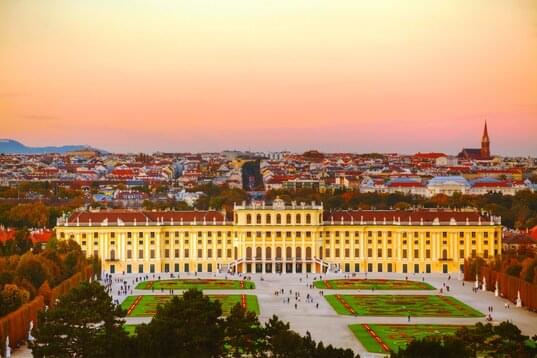 Designed by Baroque architect Johann Bernhard Fischer von Erlach upon commission form Emperor Leopold I at the end of the 17th century, the palace was intended to serve as a hunting lodge for Leopold I’s son, Emperor Joseph I. When walking through the gates of the palace; the firstmost impressive factor is the size of the building - the perfectly aligned windows, doors and overall aesthetic of the structure. Around the palace is a beautifully manicure garden, with trees and plants to fawn over. The perfectly paved garden is in its very own way obscure due to the Roman-tinge it carries. This might have to do with the designer, von Erlach’s education in Rome. Although the exterior is captivating, the interior houses a multitude of sculptures, a gallery as well as more garden space to fall in love with.

Visiting Vienna and missing Stephansplatz is like forgetting to visit the Eiffel Tower in Paris, the Colosseum in Rome or the Pyramids in Egypt. Within the outstanding square is St Stephen’s Cathedral, more commonly known by its German title; Stephansdom. This cathedral is the mother church of Austria’s capital where a number of Hasburg and Austrian historical events took place. The towering spire and the intricately tailored Gothic elements of the cathedral make Stephansdom a site to remember. 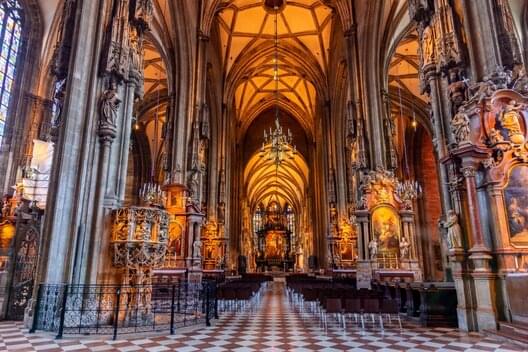 My first time in Stephansplatz was during a family winter trip; we were lucky enough to visit the cathedral while a celebration was taking place; with music roaring out of the church organ, Vienna locals in their finest attire and a chill in the air filled the space, creating an aura of spectacle. My impression therefore was magical, speaking to other visitors, locals and travel writers might acquire different, albeit positive, opinions.

Although the architecture is absolutely astounding, what goes on in those buildings can be quite the treat. Culture must be such an important word for the Austrians. Be it opera, art, sculpture or architecture, the seamless effort that all cultural activities are conducted in, crowns Vienna a cultural treasure. Birth place of Brahms, Strauss, Mozart and even Beethoven - there is clearly a song in the air in the Austrian theatre of a city. There are a number of opera houses in Vienna, so choosing the right one might be somewhat intimidating. Ask the locals for their opinion - the performances aren’t always the same, therefore opera aficionados might know the top pick of that month.

Asking around for local cafés or teahouses might also be a fair choice. When it comes to cakes, sweets, pasties and all baked goods imaginable, the Austrians know what they’re on about. If you’re looking to soothe that sweet tooth, get your hands on a crumbly apfelstrudel, a rich sachertorte, a creamy esterhazytorte or the traditional sahne kuchen. Famous for its teahouses, Vienna is perfectly designed to feature teashops in summer gardens and squares alike. Apart from sweet delicacies, the Viennese kitchen is home to some good old comfort food such as wiener würstel, wiener schnitzel, goulash and tafelspitz. Grab a warm beer with any of these staples and you’ll be a happy traveller. Although all the above dishes contain meat, wheat and are quite hearty, Vienna is vegan-friendly, gluten aware and quite health-conscious; so there’s pleasing everyone’s appetites. 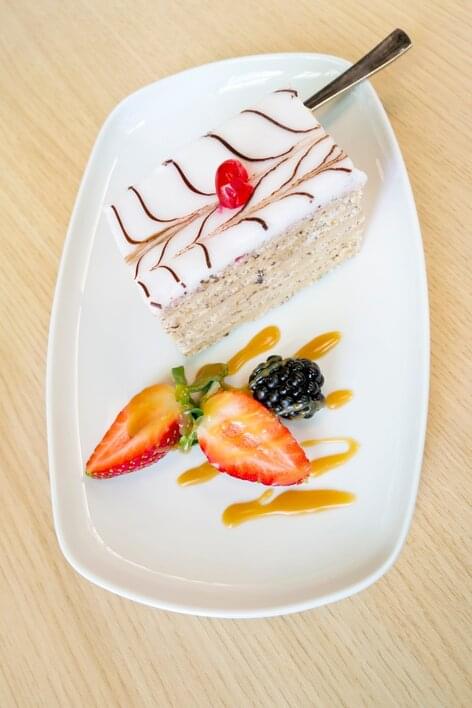 Last, but not least on our Vienna travel spot is the shopping. There’s no doubt that you will be packing a few extra pieces of clothing after spending an afternoon in Vienna. There are shops all over the city centre, so avoiding the shops might be considered impossible. Walking through the streets of Vienna is energising, the variety of entertainment makes a Vienna holiday one to seriously consider. Walking may even be avoided for travellers with young children or the elderly as the efficient transport system can carry you across the city. Probably, the only downside to using public transport is missing all the beautiful scenes on land. Well, the most commonly used means of transport here is the tram, a circuit that runs through the city and allows passengers to enjoy the landmarks, spot the equestrian statues all while enjoying the magical measure of Vienna.