Dear Lyon, I can’t wait to see you

I’m a diehard travel fanatic. There’s no question about it. As soon as I get back from one holiday abroad, I need to have another adventure in the pipeline or I start to feel restless. Most probably you will ask, what my next destination might be, well, a friend of mine suggested Lyon and she had barely finished recounting all her memorable experiences there by the time my flight was booked.

Since my spur of the moment decision, I’ve been conducting my own research about this destination, and the more I read about it the more excited I become. The day I go can’t come soon enough. So, let me start off by inviting you to a walkthrough into this French riverside beauty. To begin with, Lyon is the second-largest city in France, and perhaps, a fact not known by everyone, it is also an official UNESCO World Heritage Site. Apart from this, the location is remarkable – it is strategically positioned at the confluence of the Rhône and the Saône Rivers. An enchanting setting don’t you agree? 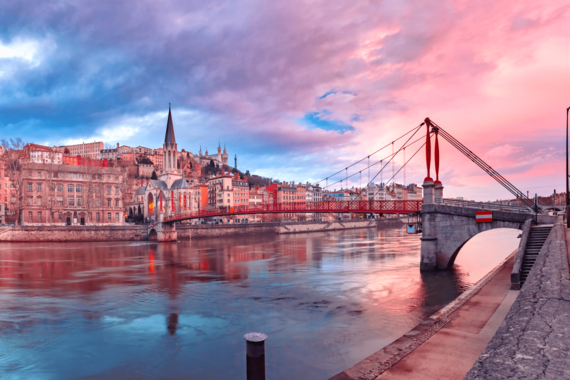 On a different note, Lyon is overflowing with history too, a heritage of over 2000 years. It was founded by the Romans in 43 BC, at which time it was known by the name Lugdunum, later on it became renowned for its silk weaving industry. It cannot go unmentioned that Lyon is also the birthplace of the cinema as the French Lumière Brothers, inhabitants of this magnificent city were the inventors behind the first motion picture. Nowadays, it is regarded as a leading commercial and industrial hub. With this being said, it is clear that along the years the city has evolved gracefully, leaving much to uncover – and rest assured that I am definitely looking forward to do so. This place really does appear to be an explorer’s dream.

So without further ado, it’s time for me to get down to the nitty-gritty and convey to all of you just why this French focal point instantly captured my ever-growing inner traveller’s curiosity.

Lyon is so rich that when it comes to prioritise which Landmarks to visit first, this actually translates into a difficult task for me. Perhaps, the Traboules are a good way to start. These are hidden, narrow Renaissance passageways which exude an air of secrecy and intrigue. To explore these tunnels, one must visit the Vieux Lyon and the Croix Rousse areas, considered the oldest parts of Lyon. Also in the historic whereabouts of this city lies the medieval gothic Cathedral Saint Jean, which boasts an impressive astronomic clock.

As in every other city, there is always a particular monument which hogs most of the spotlight, and in Lyon it is said to be the late 19th century basilica known as Notre Dame de Fourvière. This neo-Byzantine style building is architecturally stupendous in pictures, let alone in real-life. Furthermore, not far from this basilica, lie the two must-see Roman amphitheatres which to this date are still being used to host concerts. 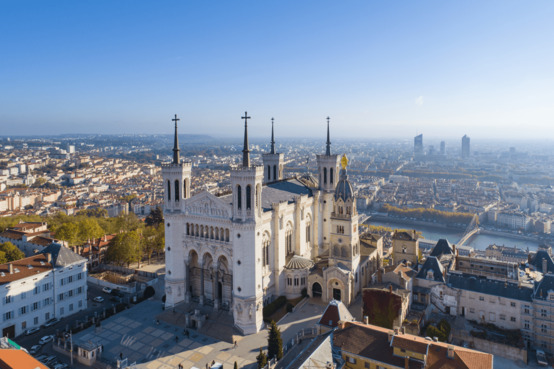 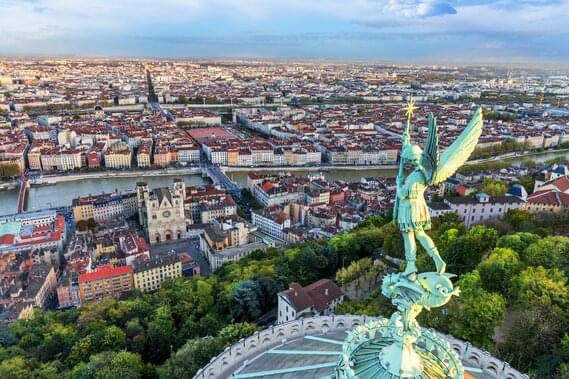 Another area recommended for discovery is the Presqu'ile District, a truly delightful neighbourhood located between the two rivers. It is decorated with attractive buildings, dotted with several squares, and generously sprinkled with a handful of small cafés and restaurants.

Lastly, what’s a holiday without a visit to a museum? Restassured, in Lyon there are plenty to choose from. Be it the Textile Museum, Museum of Miniatures and Film Sets, the most modern Confluences Museum of Science and Anthropology or any other. The choice is yours and you won’t regret it.

AFTER DARK FUN AND ENTICING EVENT

It was surprising to me to find out that Lyon actually boasts a highly commendable party scene. The list of recommendations for the best places to go, if you want a guaranteed memorable night out is endless, and I can’t deny that I had a twinkle in my eye at this prospect. I mean, let’s be honest, who doesn’t love the odd drink and occasional dance.

When it comes to festivals, there are two events which immediately stand out. One is the city’s reputable Festival of Lights, which is a four-day celebration that starts on 8 December. During this festival the entire city is lit up by impressive light-filled art installations, and as tradition dictates the inhabitants place candles on their window sills in order to create an absolutely wonderful atmosphere. The other festival is Nuits de Fourvière, an annual festivity which takes place in June and July. The Roman theatres mentioned earlier feature prominently during these celebrations by hosting live performances, as well as other open air concerts. Without a doubt, the liveliness of the city peaks around this time of year.

Calling all shoppers and fashionistas. Warning: you may want to sit down before reading the following piece of information. Here goes, Lyon is home to one of Europe’s largest inner-city shopping centres – La Part Dieu. Yes, you read correctly. It’s a shopper’s dream, and you can retreat there for the whole day for a retail therapy session which is sure to leave the biggest smile on your face but leave your purse in pain. But fear not, everyone’s allowed to splurge once in a while.

If you’re one who likes to grab a bargain, I’ve found out that there’s a historical flea market on the outskirts of Lyon called Les Puces du Canal which occurs every Sunday. That's not all, there are plenty more shopping streets and malls you can choose from, some which are renowned for luxury boutiques and others which offer an array of International Fashion franchise outlets.

Now we’re talking my language. Me being the foodie that I am, makes this is an integral part of my holiday traditions. So, you can only imagine my delight when discovering that Lyon is the gastronomical capital of France. This means, that it is a must to dine out in one of the traditional brasseries located all over the city, known as Bouchons Lyonnais, in order to get a taste of the classic French dining experience. Such restaurants offer food that is typical in Lyon, including sausage and charcuterie. But this city’s culinary front doesn’t stop there. Lyon currently hosts fourteen Michelin-starred restaurants for travellers seeking a memorable fine-dining experience.

One thing’s for sure, you will not die of hunger. On the contrary, there’s a high probability that you might gain a couple of extra kilos but with all the sightseeing you’ll be doing you would most probably walk them off anyway.

To wrap it up, I recently read an article where it was stated that an entrepreneur from Dubai fell so head over heels in love with Lyon that he decided to embark on an assignment to merge aspects of this city with Dubai through a development project in the United Arab Emirates. This made me think that perhaps I’m going to be more heartbroken about leaving this specific destination than I normally, do when it comes to say goodbye to a place at the end of each holiday, in the meantime, however, roll on Lyon. 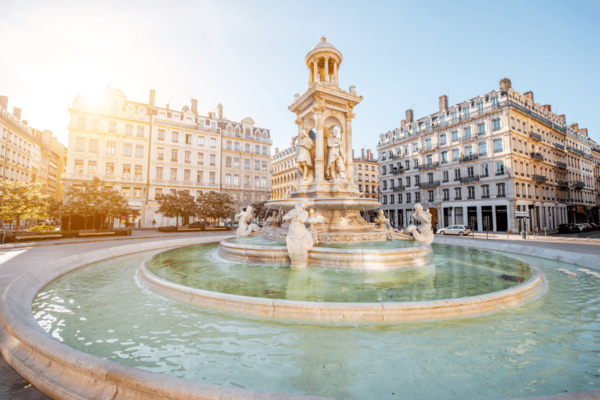