The only constant in life is change. As an amateur historian with a keen interest in culture I have been watching the recent architectural developments in Valletta with keen interest.

Over the last couple of years the entrance to Malta's capital city and its surrounding environment has been transformed with a new city gate for Valletta, Parliament building, a piazza and a new performing space.

This will actually be the fifth city gate Valletta has had in about 450 years. The original gate, known as Porta San Giorgio, was first started in April 1566 and was finished in 1569.

In 1632 a more ornate gate was designed by a Maltese architect known as Tommaso Dingli. His design consisted of a central archway with a smaller arch at each side, and a wooden drawbridge across the deep, dry moat that was immediately outside the walls of Valletta. Unfortunately images of the first two gates are unavailable

In 1853, during the peak of the British rule over Malta, Col. Thompson of the Royal Engineers designed a new gate consisting of two central arches with two smaller ones. During the 19th and early 20th century Porta Reale became known as Putirjal in Maltese and Kingsway in English 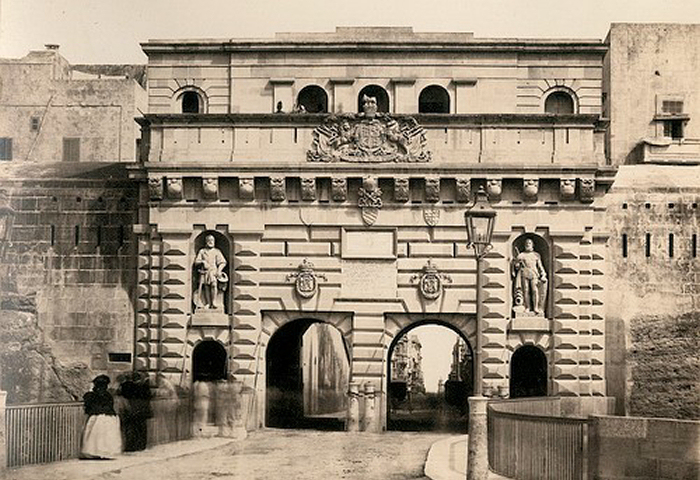 The fourth City Gate was built in 1964 and was part of a project that never actually materialised. Its Italian modernism design was the source of much controversy. 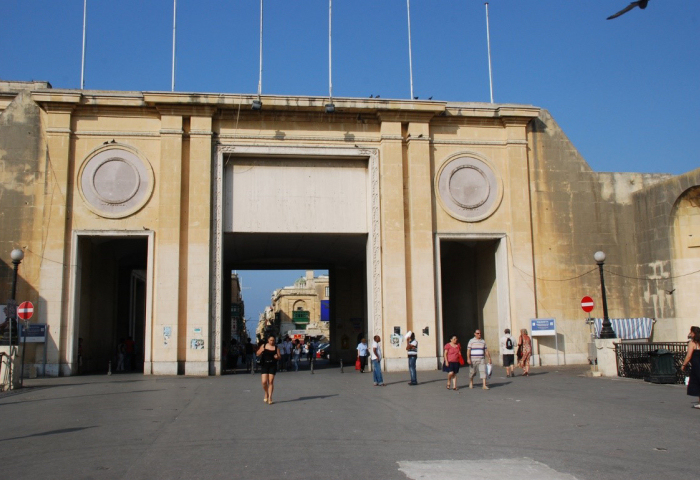 The new City Gate, nearing completion was designed by world famous, Renzo Piano, known for building The Shard in London. His radical new design has also caused some controversy. Some members of the public would like a somewhat more traditional Victorian Design while others are more comfortable with this new one. So much work has been completed all that can be done now is to wait for the final result. 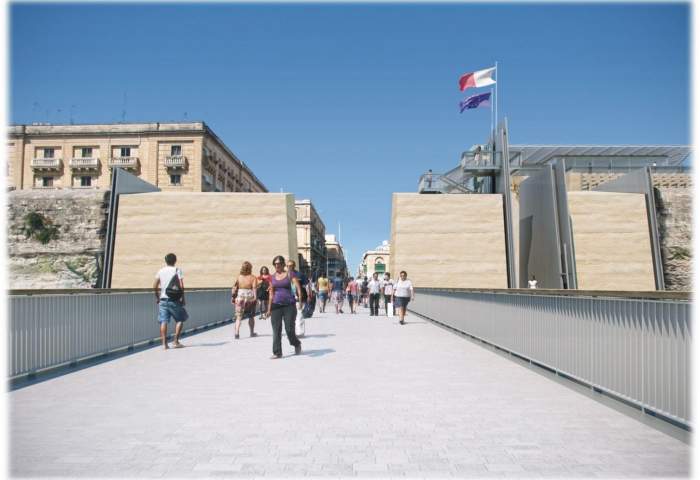 I believe these new developments just form part of a new phase for Valletta. It is a city that is dearly loved, by both those who live in Malta and by those who have had the opportunity to explore its enchanting streets. Much has happened within these thick city walls as generations have come and gone. Valletta was here long before us and will remain long after we have gone. City Gates will come and go and just add another chapter to the story of this great city.