Off the Beaten Track-Ghosts of Malta

Each year, as Halloween approaches, many revive their interest in the paranormal, including in Malta, where one finds no shortage of ghost stories connected to the numerous old, historic buildings that have over the centuries been witness to many a dark and tragic tale.

Many of these stories have been passed down from generation to generation, and have in time become part of our folklore, while the list of buildings said to be infested with ghosts is not a short one, especially in the old towns and villages. Here we explore stories connected to three different historical cities.

This building stands on the site of an old palace which was destroyed during World War Two. But in the 1930s, it had housed a police station, where, according to many, strange events were regularly experienced. A policeman was tugged violently out of bed whilst sleeping there, while another regularly heard the noise of jangling chains whenever he lay down on his bed, only for the noises to stop as soon as he rose up to check. Cold spots were frequently reported, while many saw the apparition of a monk. One night, a vagrant who had been locked in a cell was heard screaming, and when a policeman went to check on him, he witnessed the monk hovering in front of the cell, before floating directly towards him, and passing right through his body, leaving him petrified and shaking. Interestingly, when in the 1960s the building’s bombed-out ruins were demolished to make way for the current structure, a skeleton of a man who had seemingly been once bricked up inside a wall was discovered, leading to speculation that it was connected to the hauntings, although his identity is still a mystery. 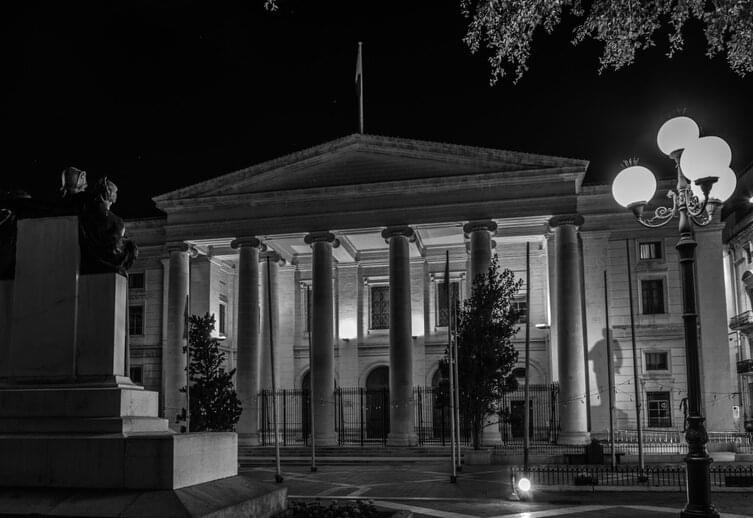 Many years ago, an elderly lady used to attend mass here as soon as the church opened each morning. Although the first service started at 5am, she usually arrived early, taking the opportunity to chat with other churchgoers before the doors were unlocked.

One morning, she arrived even earlier than usual, but despite it still being dark outside, the church was already open. Deciding to wait inside for her friends, the lady was surprised to be the only one there, and even more so when a priest approached the altar to start the service, notwithstanding the fact that it was at least half an hour too early. In the dim lighting, she could not see the priest properly but stayed until the end. It was only then, when the priest turned to face her, that she realised that where his face should be, there was only a skull!

As he vanished before her, she tried not to scream, and felt herself going faint just as keys could be heard unlocking the church door. Her friends wondered how she had managed to enter the locked, darkened and otherwise empty building. 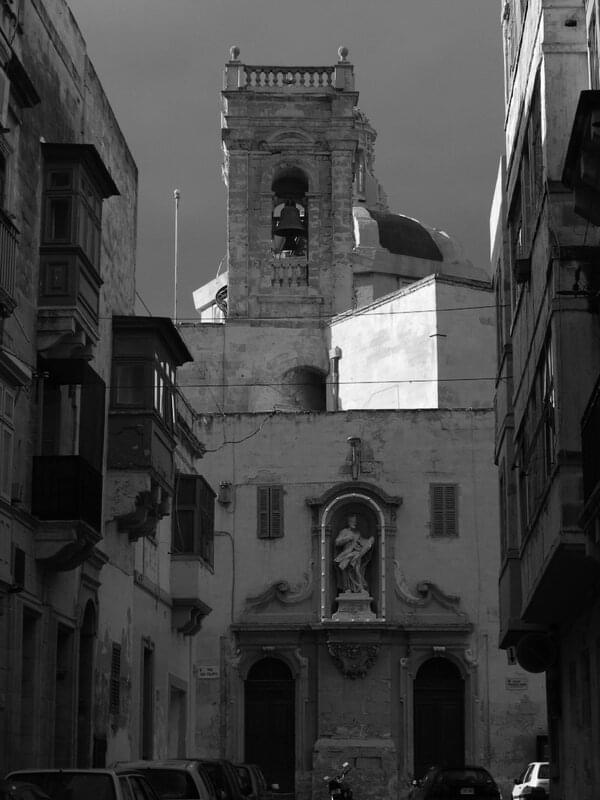 In the 1970s, a British couple visiting Mdina were taking photos with an instant camera in the courtyard of this palace, when they claimed to have caught something unexpected. In one of the images, there appeared to be what looked like the figure of a headless girl, wearing a bridal gown. Concluding that they must have caught a ghost on camera, they were probably unaware that there has long existed an old legend that could explain what they had captured.

Many centuries ago, a young lady called Katerina, who was deeply in love with a man she was soon to marry, was assaulted by a knight whose advances she had refused. In self-defence, she fatally stabbed him with his own dagger, leading to her being condemned to death. But just before she was beheaded, she was granted one last request. Romantic and faithful till the end, she asked that she be married to her beloved. Her wish was granted, and the wedding ceremony was allowed to proceed, followed shortly after by her execution. Since then, many claim to have accidentally captured her ghost on camera when taking photos around the city. Perhaps she still wanders the streets of Mdina, trying to recount to visitors her tragic tale.