Off the beaten track: Gardens of Floriana

The town of Floriana - a stone’s throw away from the capital city of Valletta - traces its origins to 1636, when the Italian architect Pietro Paolo Floriani designed a new outer line of defences for Valletta, known as the Floriana Lines. When the area was later turned into a new suburb by Grand Master Antonio Manoel de Vilhena, it was given the title of Borgo Vilhena, but the local residents kept calling it Floriana.

Today, Floriana offers an incredibly rich cultural heritage, and although nearby Valletta tends to steal the limelight, Floriana has lots to offer to its visitors, including no less than fifteen gardens. Indeed, a quick look at a map of the town reveals that nearly half its area is made up of green and open spaces, making it one of the greenest localities in Malta.

Arguably the most beautiful of Floriana’s public gardens are the Argotti Botanic Gardens, named after the Bailiff Ignatius de Argote et Guzman, a Spanish knight who privately owned the garden in the early 18th century. Over a hundred years later, the British developed the idea of a botanical garden, which was eventually set up here to be administered by the University of Malta. 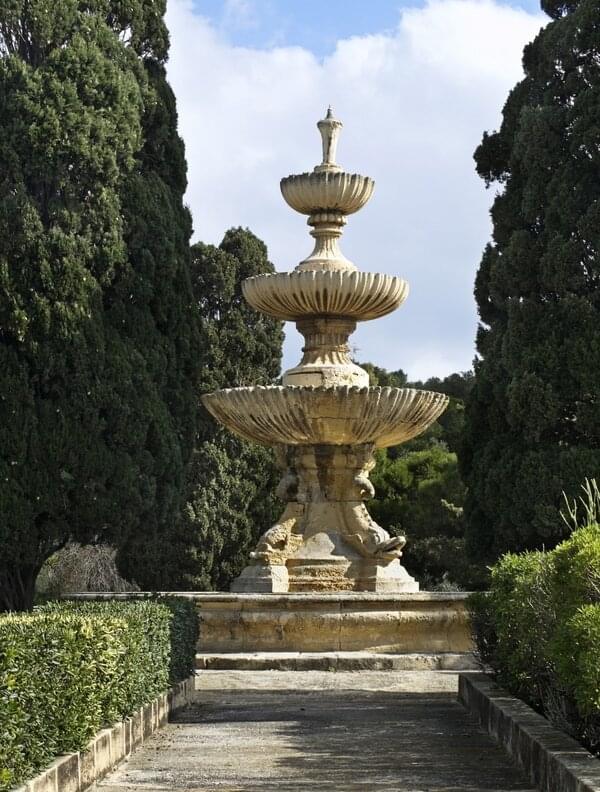 Although it was once home to an impressive greenhouse, clearly visible in old photographs, the structure had to be taken down in 1931, and in the following decade, Argotti was not spared from the extensive bomb damage that Floriana endured during World War Two. 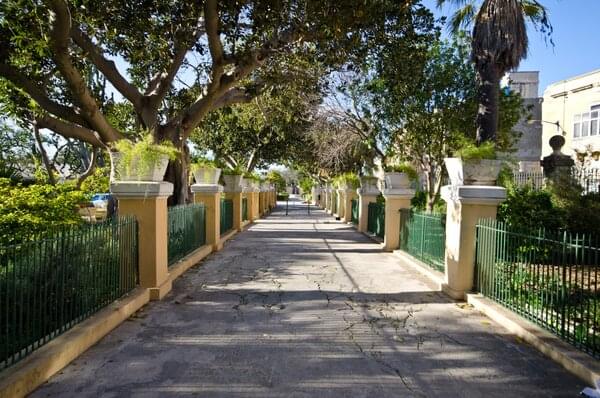 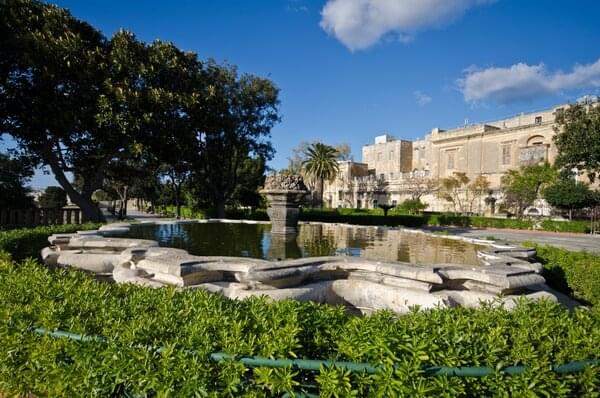 Named after the bastion on which it stands, St. Philip’s Garden is located right below the Argotti Gardens and was once a private garden for Grand Master Jean Paul Lascaris. Once through the somewhat hidden entrance, a ramp leads down to the lower part of the garden, through an arch that still houses the mechanism for the once mechanically-operated door.

The best part of the garden is however the upper area, reached via a steep ﬂight of steps. Here one can see an ornate fountain that was one of the first to be inaugurated in Valletta in 1615 to celebrate the completion of a system of aqueducts. Though originally located in Valletta’s main square, it was eventually relocated to this much quieter part of Floriana.

The rest of the garden consists of wide paved passages lined with countless citrus and cypress trees as well as numerous decorative plants, while from its far end, one can easily admire the view of the old Portes des Bombes, the magnificent Baroque entrance which once allowed access into the fortifications of Floriana.

At a bend in the road that leads from Floriana to Pieta’ is the entrance to Sa Maison Garden, named after an early owner who had a hunting lodge there. The garden, set over five levels, was given to the War Department by Lady Julia Lockwood in 1856 to offer the soldiers and their families living at Floriana Barracks a place where they could enjoy some fresh air.

To this day, the garden contains a number of graffiti and regimental badges left behind by the soldiers. Some of them were carved directly into the rock face, others out of a block of stone which was then inserted. Many of these badges have since been eroded by the elements or been removed by souvenir hunters, but it is still possible to identify a few.

An outsanding memorial is the miniature Castle of Gibraltar, erected by the 2nd Battalion, The Essex Regiment in 1889 in the lowest level of the garden. The garden’s highest terrace features a restored ‘Gardjola’ - a Knights’ lookout post - which provides stunning views over Marsamxett Harbour with its creeks and yacht marinas.