Off The Beaten Track-Autumn in Malta

Chances are, if you are visiting malta at this time of the year, you aren’t just coming to laze around on a beach or by the pool – although with almost guaranteed sunshine all year-round, that is still a great option.

As summer turns to Autumn and the heat diminishes and the crowds dissipate, this is a great time to explore the Maltese islands.

There are of course countless must-see attractions in this little archipelago. But if you are of a more curious mind and someone who likes to go off the beaten track, there are plenty of magical little corners of well-known places where you can find something unique, often completely on your own.

I wouldn’t quite call these ‘secret’ places as the locals will know about them. But they aren’t necessarily on the tourist radar either - or at least at the top of the list – which gives them added appeal. These places offer a deeper insight to the islands that the main tourist sites don’t reveal. Moreover, they aren’t visited nearly as much as they should be, and each will provide an experience that you’ll treasure long after you’ve gone.

Take a walk along the Victoria Lines

The Victoria Lines is a 12-km long series of fortifications that cut across the island from coast to coast, along a steep escarpment called The Great Fault. They were built by the British between 1870 and 1899, to defend the main part of the island from any landing and invasion in the north. 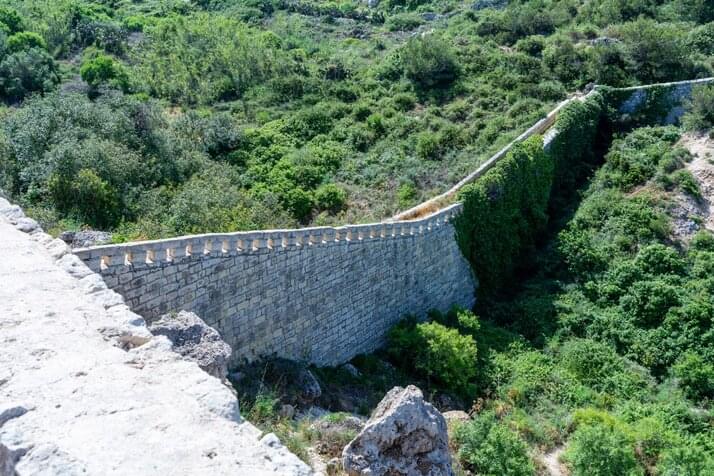 With the Grand Harbour becoming the Royal Navy’s most important Mediterranean base when the Suez Canal opened in 1869, a defensive perimeter was needed to keep potential enemies at a distance from the harbour - preferably beyond artillery range. Most of the Lines have since crumbled into ruin. But you can still walk their length, exploring 3 of the 4 principal forts, the gun batteries and the remains of the long infantry rampart. You’ll also be passing through some of the most scenic landscapes in the country.

If you don’t have time to walk the entire way, don’t worry. You can walk a section of it instead. The stretch near Mosta has especially nice views.

Blata tal-Melħ is an isolated place, with views of the cliffs in both  directions and Gozo in the hazy distance. Wind and solitude and mists of salt spray. Plunging depths inhabited by pelagic fish like tuna and shark. A plaque on the rock in memory of a man who was swept away by heavy seas in the 1960’s can be found, and nature-something all too rare on this tiny island, unless you know where to look. 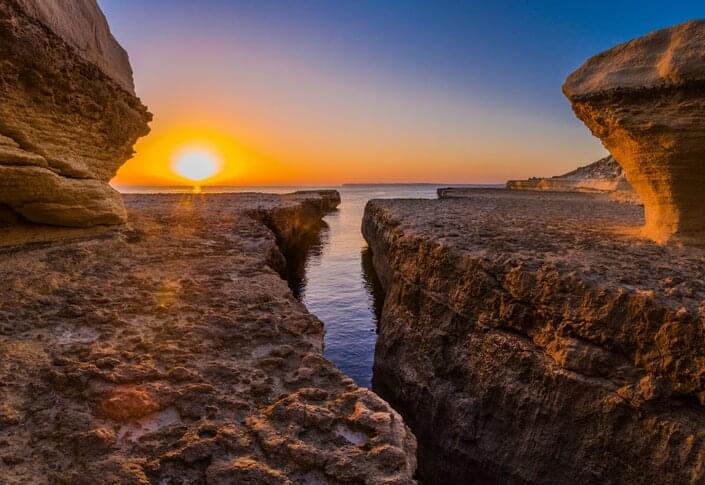 Up above, you’ll find the isolated promontory of Ras ir-Raħeb. This flat point surrounded by sheer cliffs has been a sacred site since ancient times. And it has what might just be the most incredible views in all of Malta.

The megaliths have been incorporated into a later ancient site, and the foundations of a building begin on the seaward side, mostly covered in grass. A courtyard is clearly visible, surrounded by a wide corridor with a room branching off. There’s a rock cut cistern too, and you can see the shine of water far below in the darkness.

It’s an amazing place to explore, in a very remote corner of the island.

Deep in the rock beneath Valletta’s massive St Peter and St Paul bastions, lies a forgotten World War II site. Malta was one of the most heavily bombed places in Europe, suffering 3,340 air raids over a span of three years, often multiple times per day. It would have been much worse, if not for the brilliant air defence system housed in Lascaris. The Lascaris War Rooms formed the top-secret centralised war headquarters for the entire air defence of Malta. Builders tunnelled into the rock beneath the Upper Barrakka Gardens by expanding an old communications tunnel from the time of the Knights of St John. The guides who take you through War Rooms are incredibly knowledgeable, helping to bring the Second World War to life.

Soak Up Views of Filfla from a Park in Zurrieq

Everyone seems to visit the Blue Grotto for views across the sea to the tiny rocky islet of Filfla. But there’s a much more peaceful place to take in that scene. 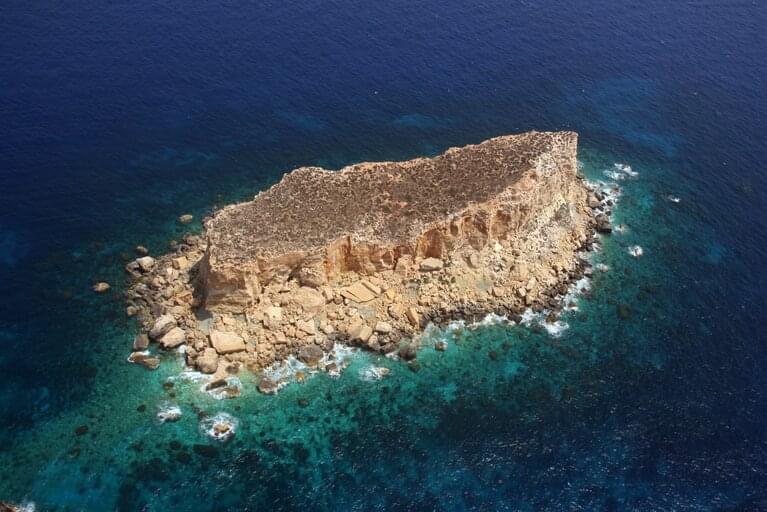 Venture into the lovely village of Żurrieq and go to the top of the hill where you’ll find the ‘nicest park in Malta’ containing plaques with explanations of the landscape stretched out before you. Not just Filfla and the sea, but Dingli Cliffs in the distance, Mdina on a far-off hill, and even the Grand Harbour and Valletta.

There are plenty of benches where you can relax. Bring a thermos of coffee, or pop into the Boċċi Club Bar and buy a beverage and take it back to your seat to sip it in silence as you look out across one of the best views on the island.

If you go there on a weekday afternoon, you’ll probably be alone.

Take a Walk Below Valletta

Walk to the very end of Valletta. You’ll find yourself standing next to what is now the Mediterranean Conference Centre - the 16th century hospital of the Order of St John, Sacra Infermeria.

Cross the road. You’re looking for a set of steps just to the right of the cafe. It leads down below the bastions. If you follow it, you’ll pass a few shacks and boathouses of fishermen, and you’ll end up at a peaceful quay next to the sea, below Valletta’s

This is a great hidden place for a walk, or just for a bit of solitude when cruise ship passengers are clogging up the narrow city streets. If you’re wandering around that area, be sure to pop by Fort St Elmo if it’s open too. This fort predated the establishment of the city of Valletta, and it played a pivotal role in the Great Siege of 1565.

So, there you have it. A few hidden treasures to add to the multitude of fabulous historical sites Malta has to offer.