No agenda, no maps, no plans. You are invited to get lost in Mdina’s ancient bastions and narrow streets, peek through its noble past and let your mind unwind.

We live in a very fast, instant-gratification motivated, highly connected world. There are constant demands on us from our work, family, friends, phones… life comes in at us from all directions and even finding one quiet moment to ourselves a day can seem like ‘Mission Impossible’.

That’s why we go on holiday, right? To escape the noise in our life. To relax.

Malta is a great place to de-stress and one particular place allows you to take relaxation to another level. That is the mysterious golden-stone Arabic walled city of Mdina, the former Medieval capital city of Malta, before Valletta existed. 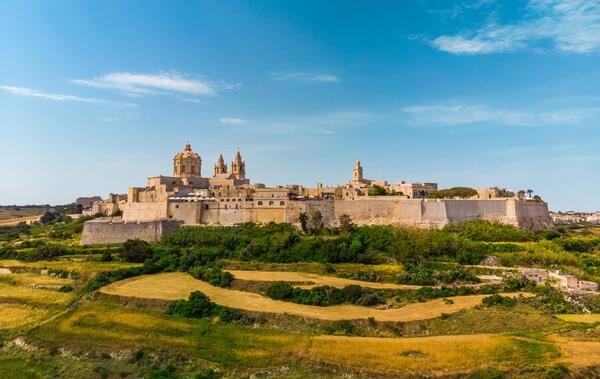 Crowning a hilltop, it is a world apart from modern Malta. Its magnificent cathedral and imposing fortifications dominate the skyline and inside the bastions, its narrow, winding lanes offer peace and tranquillity, exquisite architectural detail and respite from the crowds. Historians say Mdina is one of Europe’s finest examples of an ancient walled city and extraordinary in its mix of medieval and baroque architecture.

Inhabited since the Bronze Age, the site on which Mdina is built was chosen for its strategic location. For centuries, it evolved as the main settlement on the island, as the Phoenicians, Carthaginians, Romans, Byzantines, Arabs and many others took turns ruling Malta.

By the medieval period, Mdina was the home of the island’s nobility, the Bishop’s seat, and a citadel protecting the island’s inhabitants from frequent pirate incursions.

Although Valletta’s construction in the 1560s lessened Mdina’s importance, a strong earthquake in 1693 led to major reconstruction and a revival of the city.

Since then, Mdina has changed very little and is today a fantastic melting pot of the numerous foreign influences that have over time been beautifully welded together: a city with plenty of hidden details and anecdotes.

One of the more mysterious buildings is the Benedictine monastery for cloistered nuns dedicated to St Peter which is the perfect embodiment of the term ‘Silent City’. Dating back to the 15th century, when the Benedictine community was first established here, the building still performs its original role.

It is said that in the past, when rules were very stringent, no male was ever allowed to enter the convent’s walls, except perhaps those rendering essential services, while the nuns who joined never saw the outside world again, even being buried in the crypt of the adjoining church after their death.

Theirs was a life of pious and strict devotion.

Today, the majority of the palatial residences of Mdina have been passed down through the generations. Approximately 250 people live within the walls encompassing an area of 0.9 square kilometres. Businesses have strict noise restrictions and cars are also strictly limited. Visitors are expected to adhere to the noise restrictions, but fortunately, this adherence appears to come naturally, as stepping through the gates of Mdina is like stepping back in time.

In fact, it’s hard to imagine this is an actual place where people live and not a film set. Hardly surprising then, that it has been the backdrop for a number of films and TV series including the Count of Monte Cristo and Game of Thrones. The city gate was used as the entrance of King’s Landing while Pjazza Triq Mesquita was the location used as Lord Baelish’s brothel. 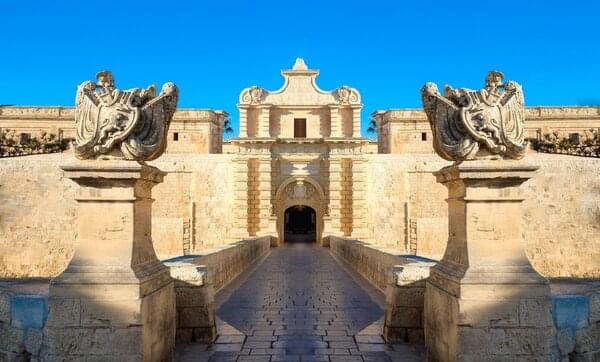 Such is the history surrounding Mdina, it would be easy to fill this entire edition of Bizzilla with facts and data, but don’t worry, we’ll spare you the history lesson.  Instead we suggest you visit The Mdina Experience, a museum exhibit in film form (located in the same square as the Game of Thrones location, Pjazza Triq Mesquita). Or for another dose of the past, Malta’s National Museum of Natural History is based in the impressive 18th century Palazzo Vilhena. 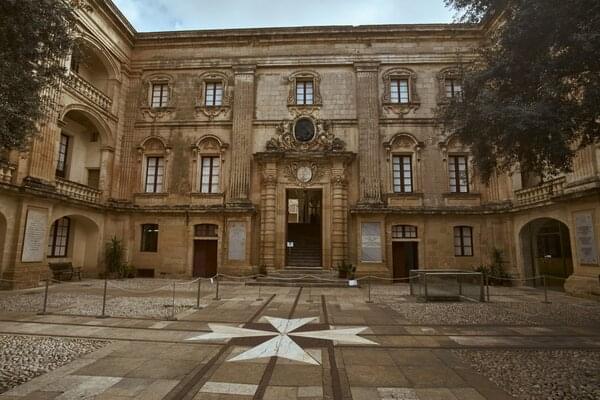 Another great thing about Mdina, is due to its size it is easy to explore in a day and at any time. The narrow, shaded streets provide respite from the hot Mediterranean sun, when, as the sun goes down the city’s narrow streets are lit by warm glowing orange lights.

With its amazing history and grand buildings, this mini-city is close to becoming recognised as a world treasure for all to enjoy – it’s on the ‘waiting list’ to become an official UNESCO World Heritage Site.

We have to whisper this, but Mdina is a must-see on a visit to Malta. 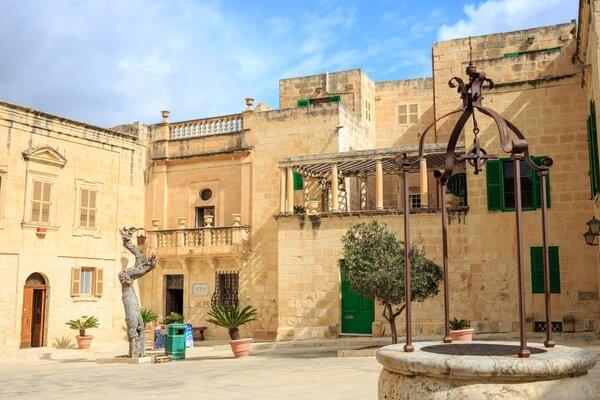