Marsaxlokk - The Epitome of Colourfulness

For such a small island, Malta never ceases to amaze. It is a country of contrast and diverse vistas: the ancient architecture of the capital city of Valletta, for example, juxtaposes sharply with the neoclassical cathedrals built by the British and other colonialists while the ancient narrow streets of Mdina are a world apart from the expansive crystal-clear waters of the Blue Grotto.

And then there are parts of Malta like Marsaxlokk (pronounced Marsa-shlock) – where time seems to stand still.

Located on the most southern tip of the island-the name is derived from the words meaning Southeast Harbour. You have no idea of what awaits you as you wind your way through the narrow streets towards the village from inland Żejtun.

Malta’s largest fishing village can be described simply as ‘cute’ and full of Maltese character. Vibrantly painted fishing boats combine with scents of salt and sea consuming your senses, while the quiet is broken only by the splish-sploshing of the emerald, green waters. A lovely, peaceful village which is made up of no more than one major main road which splits the beautiful sea, with an interesting, highly colourful waterfront.

Marsaxlokk, sometimes written in short as M’Xlokk, offers a long history, despite it not being a place renowned for a story. But this area in Malta, which is ‘the extreme southern tip of the island’, like any other area which is close to the sea, has a history which dates to the Phoenicians who landed here in the 9th century B.C. and formed the first commercial stations in Malta. When the Ottoman troops began their siege of Malta in the 1500s, they used the harbour as a place of anchorage.

The area known as Tas-Silġ is also an interesting historical spot as discoveries made showed that it was a site for worship in the Bronze Era.

Over the years, Marsaxlokk became a hub for fishermen and despite its small size, it is still of great importance for the fish trade across the islands. Most of Malta's fish supplies are caught by fishermen coming from this port as about 70% of the Maltese fishing fleet is based here. Swordfish, tuna, and lampuki are caught in abundance between spring and late autumn. In large part the fishing industry is the prime reason for the village’s distinct charm. It is instantly recognisable by the swathes of blues, reds and yellow of the fishing boats. Almost as far as the eye can see across the harbour, these bob up and down in unison to the slow pace of life here. 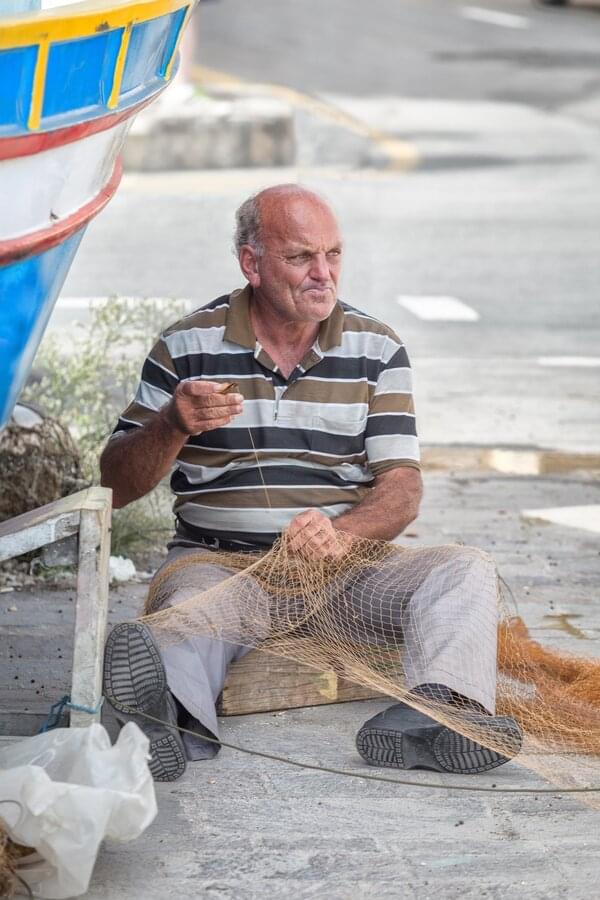 Known locally as luzzu, these fishing boats are as ancient as the harbour itself. The design dates to the Phoenician times when they used to be smaller than their modern counterparts and equipped with sails. However, this is no longer the case as luzzus today are slightly larger and motorised. Other than that, little has changed.

Superstition surrounds the luzzu. The distinctive painted or engraved pair of eyes on the front of the boat are believed to be a modern interpretation of an old Phoenician tradition and are normally referred to as the Eye of Orisis, or the Eye of Horus – the Phoenicians’ god of protection from evil. As such they are believed to protect the fishermen from any harm while they are out at sea.

If you head down to Marsaxlokk early enough on a Sunday morning you will be able to watch the local fishermen at work and then they transfer their freshly caught fish to the quayside market stalls, where they form part of the larger, more famous Sunday market. It is here that the village loses its laid-back reputation for a few hours, to become a hive of activity and a mass of colour from daybreak to around 1:30pm. 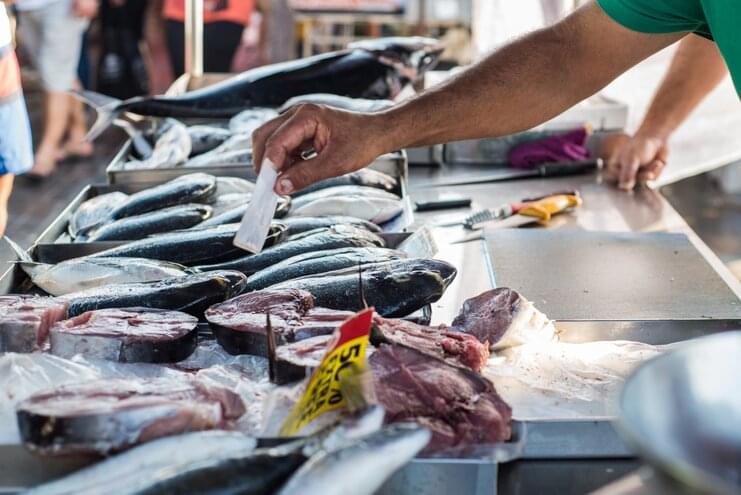 This is the ultimate market day for locals; a small open-air market is also open between Monday and Saturday from 8am to 4pm. Everything from authentic souvenirs crafted by locals such as lace, as well as honey, jam, wines and other foods produced sourced on the Maltese islands – and lots more besides – can be found on sale.

This is also the time to book yourself a table at one of the many waterside fish restaurants to enjoy a meal of the ‘catch de jour’ – which you know will be fresh - accompanied by a local wine made from the grapes harvested from the many surrounding vineyards.

If you can drag yourself away from the array of fabulous food and drink, then hop on a luzzu and get a view of the area from a different perspective. In addition to being used as fishing boats, luzzus are regularly available as water taxis to carry passengers to, St Peter’s Pool and Delimara.

Fort Delimara – which film buffs may recognise from the 2016 movie Assassin’s Creed – is one of the island’s many coastal defences built by the Knights of Malta. It may not be as grand as the fortifications of Valletta, but its unique location, built into the cliff face, is a sight to behold. The fort is endangered due to coastal erosion, so it isn’t open to the public, but you do get a good view from the sea.

Another spot not to be missed near Marsaxlokk is the beautiful natural pool carved into the Maltese coast - St Peter’s Pool. It provides an excellent spot for swimming and sunbathing as the flat rocks surrounding the enclave offer a comfortable resting place, while the calm azure waters are inviting to swimmers of all ages and abilities. 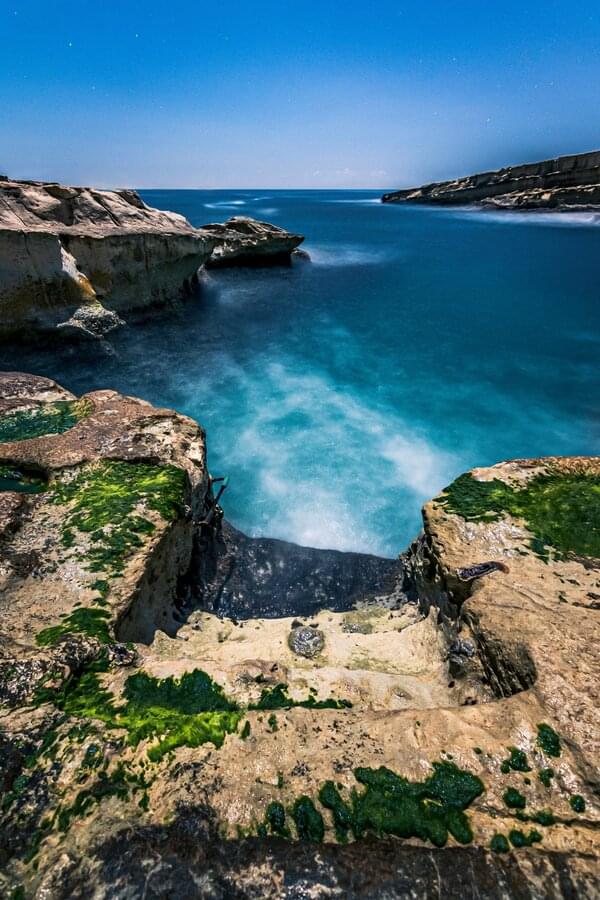 Adventurers with a passion for history can visit St Lucian Tower, an ancient polygonal fort that’s now home to the Malta Aquaculture Research Centre. The impressive structure, built by the Order of St John in the 17th century is one of the largest watchtowers on the island. The idea for the building allegedly came about in a dream when a woman claimed that, during her sleep, St John told her the area around Marsaxlokk needed to be fortified. While her dream was ignored, soon thereafter there was an attack, so the fort was built.

To wrap up your visit, stroll back to the centre of the village where the Marsaxlokk Parish Church dominates the skyline. Dedicated to Our Lady of Pompeii, the 19th century Roman Catholic church is typically Maltese and is worth visiting for its beautiful gold, white and red interiors. Take special note of the historical statues that decorate the building and the paintings by Maltese artist Giuseppe Calì.