History Buff or Foodie? Marsaxlokk is the ultimate place to experience scenery, culture, and cuisine. Marsaxlokk has seen regular activity, most specifically sea-related since ancient times. Both the Romans and the Arabs used Marsaxlokk Bay for safe anchorage while Marsaxlokk also provided anchorage for the Ottoman fleet in 1565 when they came to lay siege to Malta.

In the area known as Tas-Silg (silg meaning ice in Maltese) archaeologists have also found remains of a megalithic temple which is said to have been used as a Byzantine monastery in the 4th or 5th century AD before being completely demolished.

However, there’s more to this traditional village, located in the South-eastern part of the Maltese Islands, adjacent to Zejtun, Marsascala, and Bizebbuga. The small and picturesque Marsaxlokk is a well-loved tourist destination that is frequented both by foreigners and locals alike.

The Largest Fishing Village in Malta

Marsaxlokk is the largest fishing harbour of Malta, and it has been considered so for a very long time. The greater part of fish, sold in restaurants and all over the island caught by fishermen, originates from this village.

However, do not just take our word for it! As soon as you step into Marsaxlokk you will see countless traditional luzzus and larger fishing vessels at bay on the harbour, almost giving you a colourful welcome to the village. You will immediately spot the luzzus as they brightly display primary colours with the eye of Horus painted at the front of each vessel to protect fishermen when they are out at sea.

Sundays are for Fish Markets

Marsaxlokk is home to the best fresh fish on the island. The local fish market takes place every Sunday and it is immensely popular with both locals and tourists. The market offers other souvenirs and local produce stalls, but the fish stalls are, by far, the most sought-after. It is also a great opportunity to mix with locals and experience typical Maltese culture. 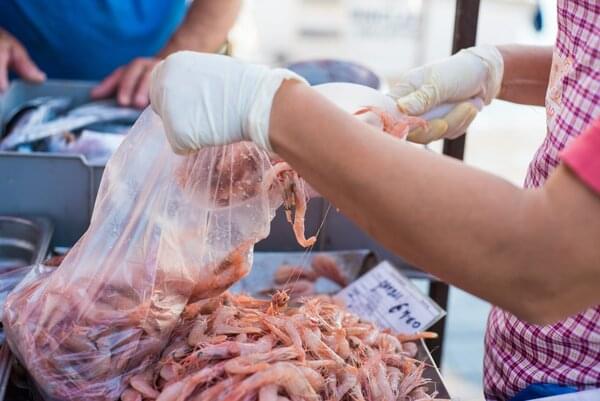 You Will Never Go Hungry

When in Marsaxlokk, you cannot miss dining at one of the many seafood restaurants on the harbour. Most restaurants offer outdoor seating overlooking the harbour which is perfect to enjoy fresh seafood and a glass of wine as you watch the boats and feel the summer breeze.

There are four stunning beaches and bays in Marsaxlokk but, we will warn you, none of them are easy to reach, which makes them worth the trouble! Although recently, they have become more known with people visiting the island, they are still quite remote in terms of location.

Il-Hofra iz-Zghira and il-Hofra l-Kbira (the small cove and the large cove, respectively) are two beaches that are located on the southwest of the village while Kalanka and St. Peter’s Pool are two bays that are reachable via the road that leads to the Delimara Power Station.

As with most beaches and bays on the island, these four in Marsaxlokk offer crystal clear deep waters with excellent snorkelling opportunities.

There is something for everyone when exploring Marsaxlokk. The village’s parish church is dedicated to Our Lady of Pompeii and is worth visiting due to its beautiful white, gold, and red interiors. You will even witness paintings by the famous Maltese artist Giuseppe Cali.

You might have also recognised Fort Delimara from the Assassin’s Creed movie in 2016. Previously acting as one of Malta’s many coastal defences built by the Knights of Malta, it is now an incredible sight to behold. The fort is not open to the public due to coastal erosion endangerment, however, you can clearly see it during walking or boat tours.

Finally, one cannot miss out on a visit to St Lucian Tower, now home to the Malta Aquaculture Research Centre. It is one of the largest watchtowers on the island and, it is said that the building was built because of a woman’s dream, claiming that during her sleep St John informed her that Marsaxlokk should be fortified. There was an attack shortly after this alleged dream, which is why the fort was said to have been built. If you are a history buff, you can book a tour (on Saturdays) to visit inside this magnificent tower.

How to Get There…

Marsaxlokk is merely 6.5 kilometres away from the Malta International Airport. If you are driving around the island, you can be in the village in just 10 minutes.

If you are taking the bus, the quickest route would be from Valletta bus station by taking bus number 81 or 85. There are also plenty of taxi companies via applications available on smartphones. 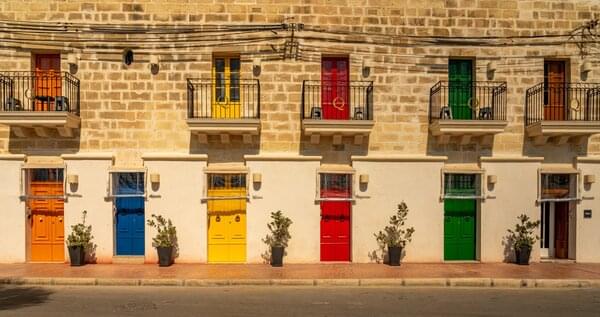 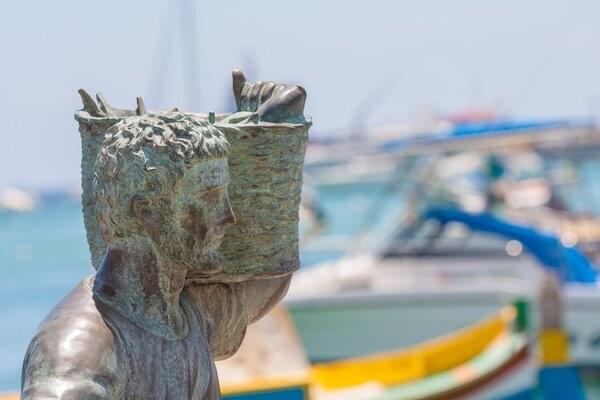