Travel down the annals of time to the dawn of civilisation with a Heritage Malta combo ticket which allows access to Ħaġar Qim Park, Għar Dalam, Borg in-Nadur, and Tarxien Temples.

Malta’s history begins in a long and dark cave. Buried deep under strata of sediment and volcanic ash, the earliest evidence of human presence on the islands, dates back to circa 7,400 years ago. Digging deeper, down to the ‘Hippopotamus Layer’, the animal bones deposited in this cave by watercourses, zap us right back to the Pleistocene era, some 500,000 years ago!

Għar Dalam, situated close to the southeast coastal village of Birżebbuġia, is Malta’s oldest prehistoric site. The bone remains of small-sized elephants and hippopotami that once roamed Malta’s plains are among the recently refurbished museum’s most notable exhibits. Besides its palentelogogical and archaeological significance, the site of Għar Dalam features a garden named Ġnien Dinja Waħda, planted with indigenous plants and trees and used for educational purposes.

Unparalleled elsewhere in the Neolithic, the UNESCO listed ‘Megalithic Temples of Malta’, one of the earliest groups of free-standing structures in the world, are considered to be a milestone in humankind’s technological evolution. They display a distinct architectural tradition that does not appear to have been influenced by anything beyond Maltese shores.

Located some 500m away from Għar Dalam, the neolithic site of Borg in-Nadur was in use during both the late Temple Period (3,150 – 2,500 BC) and the Bronze Age (2,400 – 700 BC). Excavated in the 1920s by eminent archaeologist Margaret Murray, the four apsed building found within the site is fronted by a large enclosed area which is unique for such edifices. 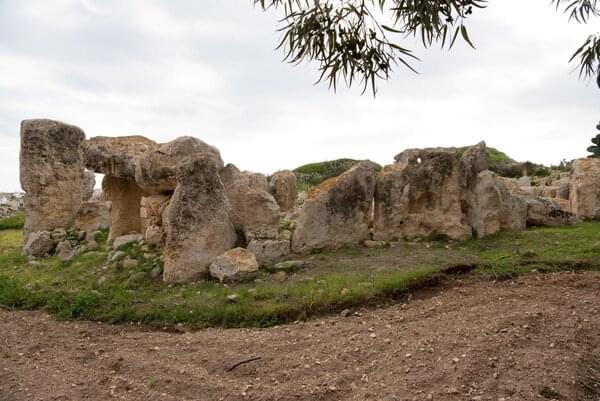 Just above the fishing hamlet of Wied iż-Żurrieq, and commanding panoramic views of the islet of Filfa, the temple of Ħaġar Qim stands perched on a hilltop, eternally enshrouded in myth and mystery. Nearby, on each equinox and solstice, the doorway to the second set of apses in Mnajdra, another prehistoric temple complex, mysteriously marks the position of the rising sun.

Discovered in 1913 by local farmers, the Tarxien Temples complex consists of four megalithic structures built between 3800 and 2200 BC. Re-used as a Bronze Age cremation cemetery, the South Temple is the most highly decorated with its relief sculpture and the lower part of a colossal statue of a skirted figure. Meanwhile, the Central Temple was constructed with its unique six-apse plan and contains evidence of arched roofing.

Prehistoric Combo tickets (valid for thirty days) may be purchased at all Heritage Malta museum and site shops or online:
shop.heritagemalta.org