Glitz and Glamour Await You in Sliema and St Julian's

Whether it’s day or night, the resort town of Sliema hums with activity. Historic cathedrals, watchtowers and forts adorn the area, while along the waterfront locals shop, dine, bar hop, or stroll along the promenade for views of the shimmering Mediterranean.

Malta is one big city. It's small enough to explore and large enough to get lost in. You can experience the sea, countryside or a town in a matter of minutes; you can be away from everything one moment, then be surrounded by glitz and glamour the next. 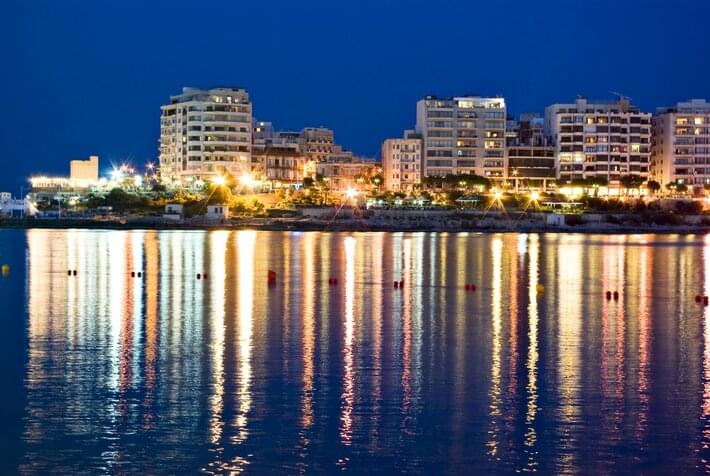 If it’s the latter you are looking for, catch the ferry across Marsamxett harbour to the elegant grid of streets that make up Sliema, its uber-mall, The Point and the bars, pubs, clubs and restaurants of St Julian’s.

The scene of a violent battle during the Great Siege of Malta in 1565, Sliema then developed as a humble fishing village. The wealthy Maltese and British later made the town their summer residence, building beautiful summer houses to escape the heat in Valletta.

The modern development of Sliema sped up after Malta’s independence in 1964. The new constructions have in most parts replaced the earlier buildings from the British era.

That notwithstanding, there are still numerous historical sites to discover, but for me, Sliema’s unique selling point is that the view of the capital is unrivalled and one which can be enjoyed day or night from a plethora of bars, restaurants or cafés – or a simple bench with a gelato.

Sliema means ‘peace’ but if the truth be told, this is not a place to enjoy peace and quiet. It is one of the busiest areas in Malta and that, for many, makes it even more appealing.

Weekends are among the most popular days to enjoy the many delights on offer in Sliema. It is then when it most of the island seems to descend, to amble the promontory which stretches for several kilometres connecting the villages of St Julian’s and Gżira. So, if you like people watching, then this is the time to go. 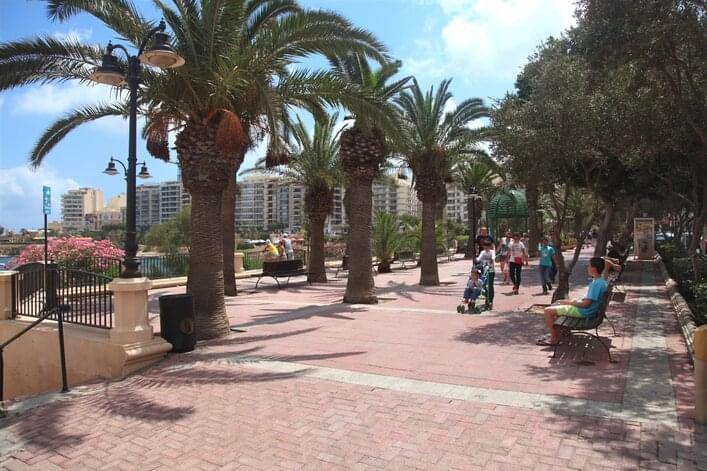 From dawn to dusk and into the late evening, you’ll find dogs trotting alongside their jogging owners, mums pushing prams and children learning to ride their bikes as café hoppers and cocktail sippers survey the activity.

They intertwine with elderly couples strolling arm in arm, just like newlyweds.

The Front, as it’s known locally, is also a great place to find some of Sliema's more historic landmarks. The square-cut Torri ta' San Ġiljan looms high about halfway along the prom. It dates to the 1600s and has seen some epic battles in its time. Move a little to the south of that and you'll find the quirky Independence Garden. It's been commandeered by cats as a sleeping spot, but also has babbling baroque fountains and sweeping views of the sea.

Steps lead down from the promenade at numerous points along the way, to rocky beaches where you can jump into the warm Mediterranean water. Alternatively, seek out the Fond Ghadir, a series of manmade bathing pools. While locals refer to them as the Roman Baths, the pools actually date back to the 1800s. They're like a natural bubble bath with crystal-clear water and ample protection from the strongest waves.

In the blocks behind the waterfront are charming Baroque churches, flower-strewn cottages, and sidewalk cafés by the bucket load.

In fact, The Front provides the hop off point for many of Sliema’s attractions - Tigné Point for fashion stores and boutiques, while Saint Julian's Bay, Balluta Bay (home to the only sandy beach off the Front) and Spinola Bay combine to offer more cocktail joints and eateries than you could possibly need. 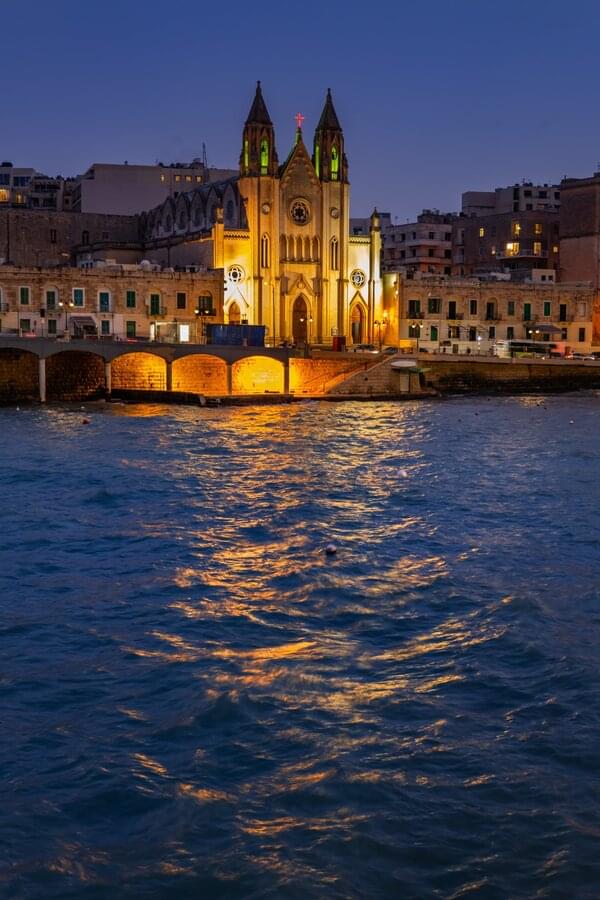 As the sun goes down, the Southern European drinking and eating culture, becomes especially evident. Malta has an emerging wine industry and makes some fantastic reds and whites and they can be really great to enjoy with a traditional meat and cheese platter!

The Sliema Point Battery is another of the fortifications in Sliema that has survived to the present day. The British built this artillery battery in the 1870s and today houses a restaurant.

As you sit, sipping a cold glass of white wine, you may also notice the increased traffic flow - towards St Julian’s - one of Malta's most popular R&R hubs. This is where the good-times roll! Swanky champagne bars open on the terraces above the sea, while chic cocktail joints and hotels with pools huddle between the honey-hued old buildings. Later, the action moves to Paceville, where raucous pubs and karaoke bars take over.

Even though it’s one of the country’s most densely populated areas, many of those travelling to the Maltese islands tend to skip over this lively and bustling city in lieu of Malta’s other cities and attractions. This small but populated town still has a big city kind of feeling, offering something for everyone – including glitz and glamour. 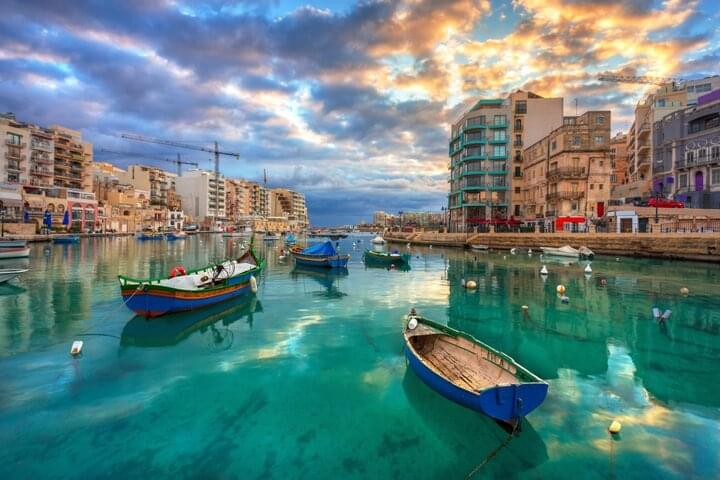