A glimpse inside the mind of a culinary genius

What’s the secret recipe for becoming a 2 star Michelin star chef? Well, being Alex Dilling is one of them.  Bizzilla Editor Dayna Camilleri Clarke caught up with the world-renowned gastronomy pro as he embarked upon his 100-day residency at the helm of the kitchen at ION, Iniala Hotel, Valletta.

“The day I will say to myself that I am at the top, I will stop cooking. You need to carry on aiming for the best; that’s your energy. For you, for the young chefs who are working with you and for the clients. The future is today, and my ambitions are still the same ones as when I started: To keep going...”

It is the complete dedication to his craft that sets Dilling apart. He will never be happy with his success because there is always something new to achieve and a new goal to strive for. “I can’t really say that I have a vision. I work hard in order for the clients to have a real experience and for it to be a new one each time they come, I do not feel I have signature dishes, although many have come to be associated with me. I also like to work with seasonal products and make the most of showcasing the ingredients themselves- ultimately, it’s not about me. Let the food do the talking.”

After spending years as one of the most respected chefs in the business, you could be forgiven for thinking that Dilling is just being modest. But speak to him, and you know he means every word passionately. In fact, it is the constant evolution of his art that keeps him both relevant and at the forefront of world gastronomy.

Brought up surrounded by traditional French cooking, Alex owes his love of fine dining to his early years working for Alain Ducasse. He started his career in London and then moved to New York to work for Alain Ducasse under the direction of Didier Elena and Tony Esnault at Adour, NYC. He then joined Caviar Russe in Manhattan, where he gained their first Michelin star. Following, he returned to London and worked as the Executive Corporate Chef at The Connaught Hotel, where he helped retain their two Michelin stars. Alex then took the opportunity to become the Executive Chef at The Greenhouse in London, also maintaining their two Michelin stars.

“After a challenging year, I am very excited to step back into the kitchen in a completely new environment, and more importantly, in a new terroir,” Dilling said.

“Meeting the local fishermen and seeing their excitement with what they have to offer is a huge inspiration to me,” he added. Just like any artist, Dilling is highly enthusiastic about his subject and his painstakingly intricate creations.

During these 100 days, ION – The Harbour’s evenings will feature two menus of different lengths, both with a strong focus on seafood. A few dishes on the menu can be changed, allowing Dilling to adapt to what is available day by day.

His dishes begin with spontaneity and instinct before being honed within his tried and trusted boundaries of careful preliminary work, practice, then perfection. The result: A perfect harmony of creativity and well-balanced flavours.

From creation to the final cooking process, Dilling crafts expertly and shapes his dishes every step of the way. It is why people flock to try his food and why the restaurant’s carefully prepared menu is celebrated by gourmets, chefs and food enthusiasts alike. And now, here in Malta!

Mark Weingard, the owner of Iniala Harbour House and ION The Harbour, said this was one big step forward. “Clinching a Michelin star so soon after we opened was a huge step for us. This is another big step forward, not just for us but also for Malta. Alex will bring real excellence to the scene and helps to put Malta on the culinary map. There has never been such a huge international name working in a Maltese restaurant. He will bring a lot of aspiration to the local scene, which is already extremely interesting."

Located on the picture-perfect rooftop of the new luxury hotel Iniala Harbour House and Residences in Valletta’s most exclusive neighbourhood, ION – The Harbour overlooks the Mediterranean Sea and enjoys unrivalled views of the Grand Harbour and the historic Three Cities beyond. The restaurant clinched its first Michelin star earlier this year under the remit of Maltese chef Andrew Borg.

For booking visit www.iontheharbour.com. Due to popular demand, early booking is recommended to avoid disappointment. 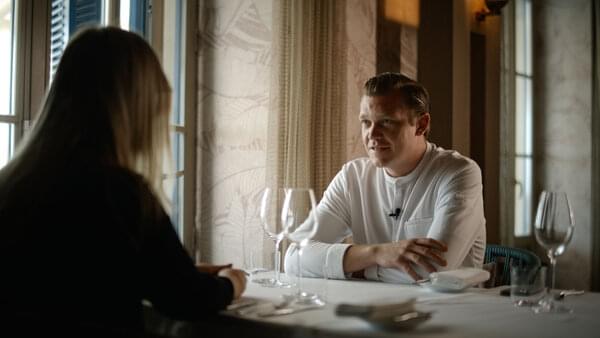