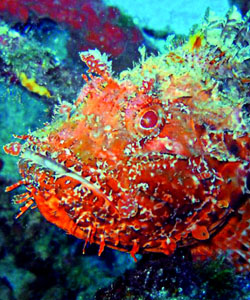 With crystal clear waters and several wrecks, venturing underwater can provide you with a different insight of the Maltese sea life.

Malta is a diver’s paradise: crystal clear waters, fascinating marine life, plenty of interesting wrecks, and an abundance of certified and professional dive schools to choose from.

Whether you’re a beginner just wanting to see what the fuss is all about (you won’t be disappointed), or a seasoned pro looking for some unique diving experiences, Malta has it all. Best of all, because of short distances, there’s never a great deal of time lost in transit from one destination to the other.

The islands offer some great wrecks for divers to explore, accessible from shore and by boat. The rich maritime and military history mean that you’ll be coming across more than just artificial reefs. Military wrecks, mainly from World War Two, include a Bristol Fighter, submarines, minesweepers, and destroyers. There’s even a World War One troopship called the Polynesian, complete with guns and even some of the crockery.

Inexperienced divers normally start off with a dive on the HMS Maori, a destroyer class ship sunk during the Germans’ relentless bombing of Malta during World War Two. Its maximum depth is 14m, resting on white sand that provides excellent contrast and reflection.

The more popular dives include the wrecks Um el Faroud – a Libyan tanker scuttled after a tragic explosion costing the lives of nine dockyard workers, and the tugboat MV Rozi – located in Cirkewwa at a depth of 35m. Both of these wrecks are relatively well preserved and divers are likely to come across some interesting marine life.

Reef and cave divers are also spoilt for choice.  Comino – an uninhabited island situated between Malta and Gozo, offers some of the most fascinating network of caves on the archipelago, while cave dives like Ghar Lapsi in the south provide divers with a magical experience of deep blue luminescent seas. For the marine-life enthusiast, you’re likely to spot a wide range of sea creatures, including octopus, barracuda, scorpionfish, fireworms, and seahorses.