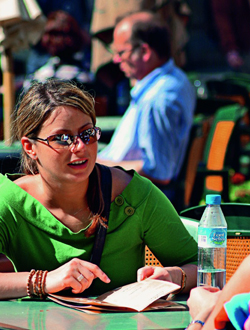 Malta’s pride and joy lies in its distinctive language having drawn its influences from its many rulers over the years.

It’s a curiously powerful source of pride for many Maltese. The fact that this tiny island nation of only 400,000 inhabitants has had its own unique language for generations, notwithstanding the many strong linguistic influences around it, is testament to its cultural resilience. Upon Malta’s joining the European Union, Maltese was made an official language of the European Union, further ensuring its longevity for generations to come.

To the uninitiated, Maltese sounds similar to Arabic. This is because it shares Arabic’s roots as a Semitic language – in fact, it’s the only Semitic language that’s an official European Union language. However, unlike Arabic, Maltese is written in Latin script and read from left to right. It also includes a large number of words borrowed from Italian and English.
As one would expect from the national language, Maltese is omnipresent, spoken by the vast majority of the Maltese. It’s also used in schools, broadcasting and print journalism, politics and the courts of law. However, owing to its past status as a British colony, English shares the position of official language and is found on signage, menus, and official documents, which usually contain both languages.
While some educators and scholars of Maltese believe that the language remains under threat - a vast number of new, borrowed, words find their way into everyday parlance regularly – others see this as a sign of a healthy, living language.