Museums Around the Islands 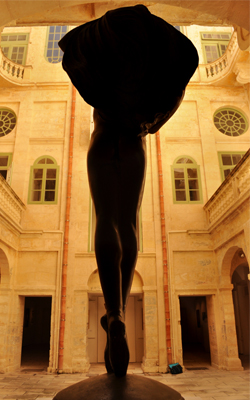 Malta has a myriad of museums that cover the span of over 7,000 years – from Arts to Archeology, Malta has some of the finest museums on offer.

No visit to Malta is complete without soaking up the incredibly rich culture and history that the Islands have to offer. The selection of museums on offer covers a period of over 7,000 years – that’s no mean feat. The bulk of the museums are located in Valletta and cover things like natural history and fine arts, but you can find other museums around the Islands that have their own unique specialities, including a toy museum in Xaghra, Gozo.

Valletta’s a great place for the history buff with some of the nation’s finest museums on offer, all within short walking distance.

The National Museum of Fine Arts

Located in South street – a short walk from Valletta’s main entrance, this museum covers art from medieval to contemporary times. The museum contains works of art by local and international artists and features paintings, sculpture, and fine silverware. It’s worth a visit just for the actual building itself – a beautiful rococo building known as Admiralty House, which served as the home of the British admiralty as well as temporary accommodation for the likes of Winston Churchill.

The National Museum of Archaeology

Housed in the beautiful, Baroque, Auberge de Provence on Republic Street, this museum features ancient artefacts and informative exhibits covering as far back as 5,000 BC. The famous sculpture of the Sleeping Lady, arguably the most popular exhibit, depicts a rather corpulent woman resting on her side, who some believe to represent a culture of female divinity.

Another Valletta landmark, the Palace Armoury is located within the Grandmaster’s Palace – the historic official residence of the Grandmasters of the Order of St John. This opulent building also serves as the seat of the country’s parliament and the Office of the President. Notwithstanding the fact that much of the armoury’s contents were pillaged by Napoleon’s forces during their brief occupation, the display is still regarded as an incredible testament to the splendour and majesty of the Knights of the Order of St John. The display includes crossbows, firearms, ammunition, cannons and swords. Of particular interest are the Knights’ suits of armour with their intricate decorative detail.

Situated in Rabat, just outside the ancient city of Mdina, this museum is housed in the remains of a townhouse, believed to belong to a wealthy or noble family from the Roman period. The highlight of any visit to the Domvs Romana has to be the impeccably preserved mosaic floors, arguably some of the best preserved mosaics in the Mediterranean. Also of interest are the displays containing artefacts found during the archaeological digs on site, including children’s toys, hairpins and other jewellery from the Roman period.

This museum catalogue includes Maltese flora and fauna, housing thousands of fossils, rock and minerals, mammal, bird, reptile, and fish displays. Like most other museums in Malta, the Natural History Museum’s architecture is as interesting as its exhibits – housed in the 18th century Vilhena Palace.

Palazzo Falson houses an extraordinary collection of art and antiques in one of the oldest medieval buildings still standing in Mdina. The oldest part of the building is no less than 800 years old. You can roam around the Museum which feels like a home, peering into the kitchen and bedrooms, dining room and armoury following in the footsteps of the Palazzo’s most recent owner and resident, Captain Olof Frederick Gollcher OBE (1889-1962). An artist, philanthropist and avid collector, it was he who put together this historic collection.

Other important museums include The Gozo Museum of Archaeology, The Inquisitor’s Palace, and the Malta Maritime Museum.