Churches, palazzos, catacombs, Roman remains, local markets and clubs and delicious Maltese pastizzi are all part of the lovely village of Rabat.

Anyone who comes to Malta invariably visits Mdina – the island’s beautiful and well-preserved medieval capital. And quite right that they do. However, those who accidently stray into nearby Rabat will be fortunate to discover an expansive and vibrant town, whose locality is filled to the brim with historical sites, winding streets and trails to explore coupled with a plethora of restaurants and cafés offering anything from seriously tasty food down to the cheap and cheerful.

The area of Rabat (and by extent Mdina) is located upon a strategically important plateau on high ground, offering it as the perfect site for habitation. Thanks to this naturally defensible location, the site has been inhabited since prehistory.

Rabat means suburb in old Arabic, which is because it used to be part of Mdina, until the Arabs dug a moat across the hill and fortified its tip creating the citadel you see today.

The town formed an important part of the early development of Malta and is widely considered to be the Cradle of Christianity in Malta, a holy site so revered in the Christian faith that it was visited by two Popes – Pope John Paul II in 1990 and Pope Benedict in 2010.

As such it has a wealth of rich and well-preserved churches as well as various catacombs, including the Abbatija Tad-Dejr hypogeum and St Paul’s Catacombs.

Nothing provokes the imagination more than a creepy jaunt into the bowels of a church to find out where and how (important) people in Ancient Rome were buried, right?

Labyrinthine tunnels lead to a collection of catacombs, which remained in use up to the 4th century and were excavated in 1894. The underground burial chambers form part of the larger Roman Necropolis, located outside the city walls for health reasons. 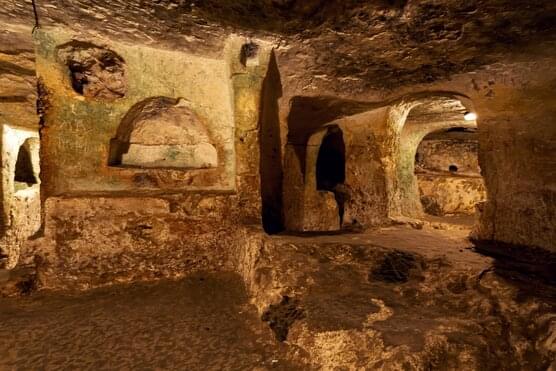 It’s an incredible experience to follow the small winding paths passing countless empty crypts, all looted throughout the centuries, but none of it takes away from the thrill of exploring history from almost two thousand years ago.

For a population of around 12,000 there are ten churches in Rabat! The important ones are found on Saint Paul’s Street – the main stretch of the old town.

The parish church of St Paul’s takes pride of place – a building with a well-balanced façade and a rich interior. Further down the street is the Franciscan church dedicated to the Nativity. Dating back to 1500, it holds within some remarkable art pieces including two of the islands’ oldest religious paintings: a Lamentation for Christ and a Virgin and Child with Angels by Antonio de Saliba. Both have been restored in recent years. 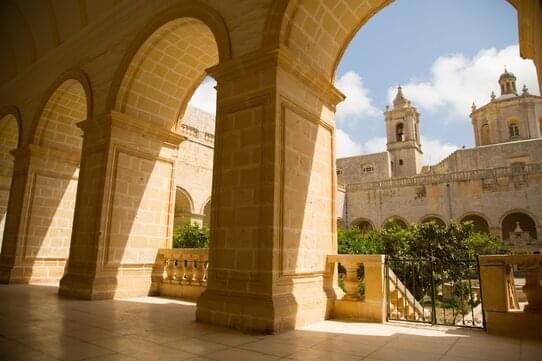 Over on the other side of Rabat is the Dominican church – a sturdy edifice typical of this order’s buildings. Adjoining the church is a peaceful cloister – the largest one in Malta. On Triq Santu Wistin is the Augustinian church. The church was designed by Glormu Cassar who later went on to build St John’s Co-Cathedral in Valletta – many in fact consider this church a forerunner to his Valletta masterpiece.

Rabat has even more attractions. The recently revamped Wignacourt Museum next to St Paul’s church was completed in 1749 and consists of three main floors. It houses a wonderful collection of paintings and provides the access to St Paul’s Grotto – believed to be the place where St. Paul himself sought refuge after being shipwrecked with his missionary party on the island. He chose to live and pray in the subterranean grotto beneath the church instead of the building itself.

The museum also includes in its subterranean level one of Malta’s larger wartime shelters where villagers took shelter during the frequent air raids of World War II. 8000 workers dug 841 shelters by hand and 50 of them are on display today.

Travelling further back through the history books, a visit to the Domus Romana (also spelt Domvs Romana) is also a must. Built in the 1st Century BC, the Domus Romana has been excavated to the discovery of well-preserved mosaics, statues of the Imperial Roman family, coins, tableware and many other artefacts depicting daily Roman life and has been ranked amongst the finest preserved in Europe.

For the intrepid lovers of nature, you can venture out to the borders of Rabat’s locality to enjoy the sites of Fort Binġemma and walk across the Victoria lines – which run across five localities in total. Walking through this often overlooked part of Malta is both peaceful and lets you see more glimpses of Malta during the times of British rule.

A day out combining a visit to Rabat and neighbouring Mdina, will surely be a highlight of any stay in Malta. 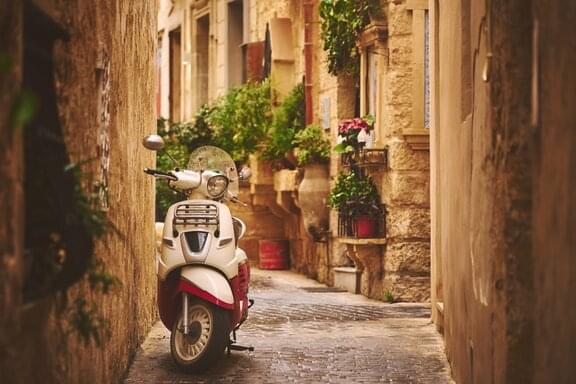