The Maltese Luzzu is one of Malta’s oldest traditions and dates back to the time of the Phoenicians. Discover more.

If you take a trip to any one of Malta’s seaside villages you will immediately notice a large number of colourful boats floating in the water – and lots of eyes staring at you!  These colourful boats are known as the Maltese luzzu, and they date back to the time of the ancient Phoenicians.  The luzzu has now even become one of the symbols associated with the Maltese islands.  Discover more about these traditional boats ahead of booking your flights to Malta. 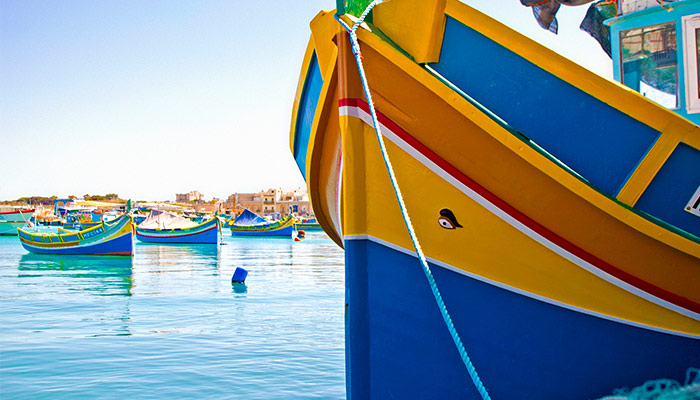 Luzzus are essentially traditional fishing boats.  They are typically painted in traditional bright colours including blue, yellow, red and green.  You can normally spot a rather large number of luzzus in Malta’s seaside villages, including Marsaxlokk and Marsascala on the south side of the island, or St Paul’s Bay on the north.  These brightly coloured fishing boats often create a postcard-perfect scene on the beautiful and clear Mediterranean Sea surrounding the islands.

Due its stable, sturdy and reliable nature, the design of the luzzu dates back to the Phoenician times.  In fact, the luzzu can be used both in good and in bad weather conditions.  The boats normally have a double-ended hull and are built using wood.  During the Phoencian times, the luzzu used to be smaller and used to be equipped with sails.  However, this is not the case anymore as nowadays most luzzus are slightly larger, motorized and work with a diesel engine.  Other than that, the design and style of the luzzu nowadays is very similar to the ones used in ancient times. 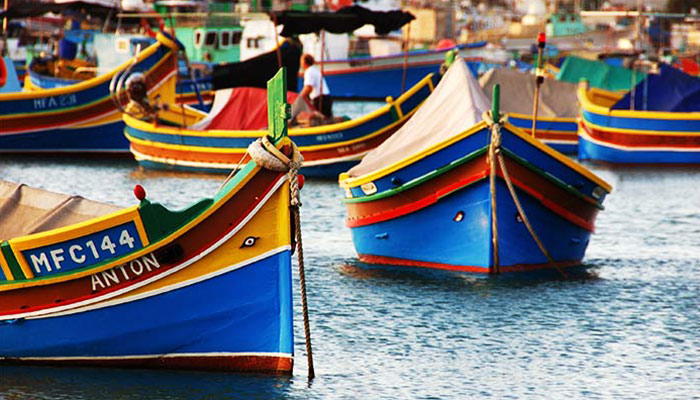 Just like in the ancient times, luzzus are nowadays most commonly used as fishing boats.  If you head down to Marsaxlokk early enough on a Sunday morning you will be able to watch the local fishermen at work.  As they head close to the shores with their luzzus, the fishermen transfer their freshly caught fish to the stalls, where the fish is sold at the Marsaxlokk Fish Market soon after being caught.  However, in addition to being used as fishing boats, luzzus are sometimes used as passenger carriers for visitors to the Maltese islands. 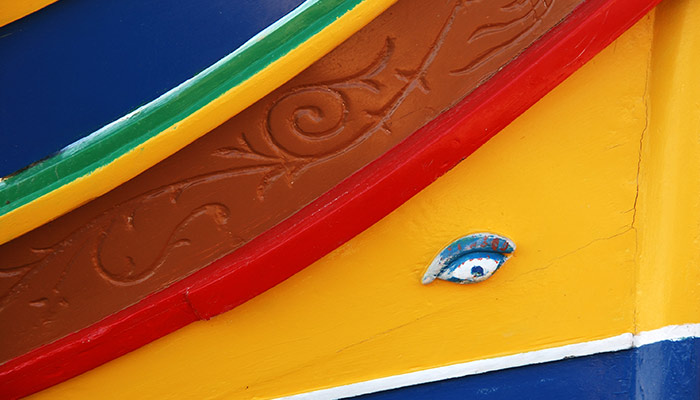 There is quite a lot of superstition surrounding the luzzu, the most prominent of them all being the painted or engraved pair of eyes on the front of the boat.  These eyes are believed to be a modern survival of an old Phoenician tradition, and are normally referred to as the Eye of Orisis, or the Eye of Horus – the Phoenicians’ god of protection from evil. They are a symbol of protection and good health, and are believed to protect the fishermen from any harm while they are out at sea.

In addition to this, luzzus are normally inherited from a person’s father and grandfather.  However, although the exact colours of each luzzu vary from one another, the colours of each luzzu are normally kept exactly the same due to superstitious belief.  Therefore, when the old paint is completely stripped off the boat every five years, in order for the fisherman to closely inspect his boat for anything that needs to be replaced, the boat is then re-painted in exactly the same colours that the person’s father and grandfather had used.

So if you're heading to Malta this summer, be sure to visit one of the many fantastic seaside villages around the Maltese islands and admire one of Malta's oldest traditions that's still kept alive today.