In the area of the famous Dingli Cliffs - known for panoramic views - and the popular nearby Buskett Gardens, lies another less known, and somewhat mysterious site: Misraħ Għar il-Kbir. While the word ‘misraħ’ means ‘square’ in Maltese and refers in this case to this natural open space in the countryside, ‘Għar il-Kbir’ means ‘the Big Cave’. Yet, this intriguing cave complex, that was inhabited by locals for many centuries, is just one element of this very unusual site.

The Għar il-Kbir caves were inhabited from prehistoric times up until the early 19th century. The use of natural caves as dwellings was prevalent throughout the Mediterranean, as such underground spaces provided cool locations for living spaces in the region’s typically warm climate. In Malta, it was no different. Indeed, the Għar il-Kbir complex is one of various that have been identified by local archaeologists. 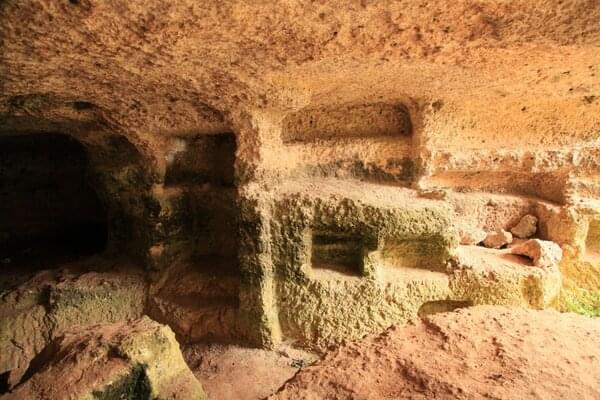 Troglodytism in Malta was first mentioned by the French knight Jean Quintin d’Autun in his report of 1536, but the first reference to Għar il-Kbir comes from the Maltese archaeologist Giovanni Francesco Abela, who in 1647 stated that the complex was inhabited by 27 families. Some of the most vivid descriptions of how these people lived come from the works of the German scholar Athanasius Kircher, who had visited the community a few years before. Theirs was a simple life, with the caves being practical rather than fashionable. Different areas were partitioned by dry-stone walls, while the cave ceiling had openings for light and ventilation. 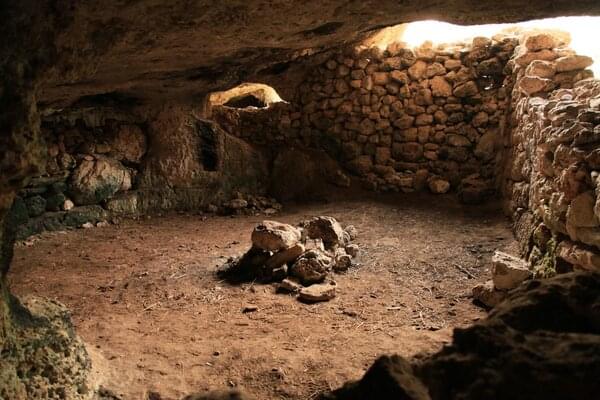 It was only in 1835 that the occupants were evicted by the authorities, with British troops even blowing up the cave entrances, to ensure that their previous inhabitants would not return, but parts of the cave can still be accessed today.

A short distance away from the caves, one can also notice a number of Phoenician rock-cut tombs. As the area around Rabat and Mdina was the main inhabited part of Malta in ancient times, it is not surprising that a large number of such burial sites have been unearthed here. Indeed, such finds have been recorded since the 17th century, and more are still being discovered today. Sadly, the tombs near Għar il-Kbir had all been ransacked before being explored by archaeologists. This is quite unfortunate, as one can learn quite a lot from ancient tombs, especially about burial practices and beliefs. 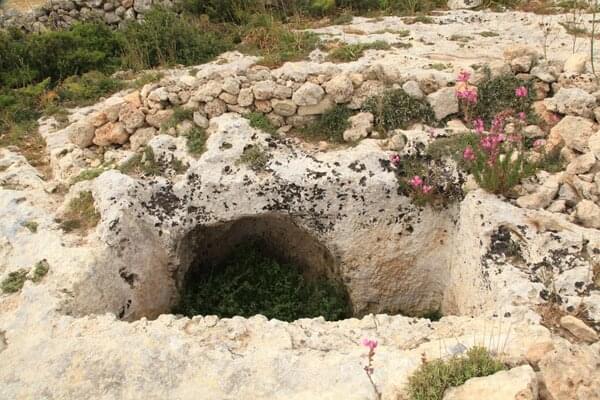 The Phoenicians buried their dead in a variety of ways. Although this included cremation, with only the urns being placed inside the tombs, inhumation was also resorted to, either by placing the body directly onto a stone bed cut into the rock, or occasionally in a wooden coffin or a terracotta sarcophagus. These were often shaped like a human figure, and would have inscriptions written on the lids to curse anyone who disturbed their eternal sleep!

But the most mysterious feature of Misraħ Għar il-Kbir is the large concentration of so-called cart ruts that cover the whole area. The Maltese Islands are scarred with hundreds, if not thousands, of parallel lines cut deep into the stone, whose origin, form and function have confounded researchers for years. The most popular theory is that they were carved by the wheels of carts packed with heavy loads, passing repeatedly over the same paths, hence explaining their name. But the answer may not be as straightforward, as some cart ruts are located on extremely steep slopes, which would have made the movement of heavy loads impossible, while others end at the edge of cliffs or continue under the level of the sea. 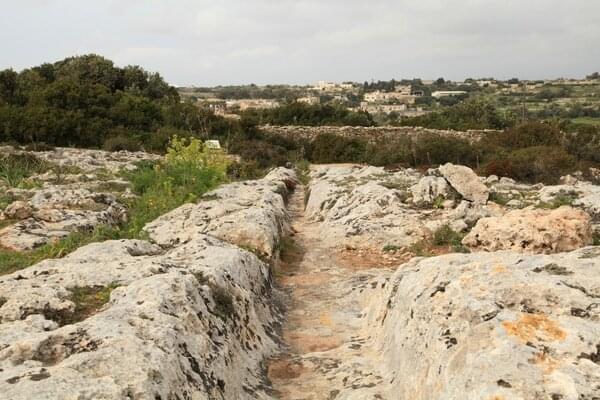 Although these cart ruts are found in many parts of the Maltese Islands, there are areas with particularly heavy concentrations, none more so than near Għar il-Kbir, where there appear to be more cart ruts than in all the rest of Malta combined, leading to this area being named Clapham Junction, in reference to the busy train station in England. While other suggestions include that they could have been used as irrigation channels, or for some astronomical function, one thing is certain: for now, the cart ruts continue to be probably the greatest mystery of Malta’s ancient history.