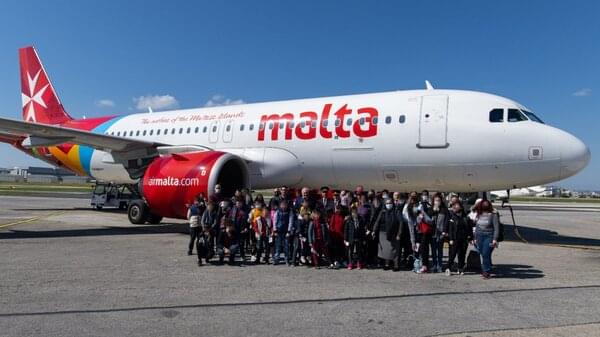 Around 40 children from various residences of Fondazzjoni Sebħ and St Patrick’s Home were hosted on a 75-minute educational flight. The Air Malta flight, KM1952, flown at an altitude of 20,000 feet to Sicily and back, included a flyby of Mount Etna where the children could see the snow-clad top of Europe’s largest volcano. The flight was operated by an Airbus 320NEO, one of the most environmentally friendly aircraft in use.

Before the flight, the enthusiastic children, many of whom had never been to the airport or boarded an aircraft, were given brief talks on airport processes by Air Malta staff and members of the Malta International Airport team.

The children, together with their carers, then proceeded to check-in and board the aircraft, passing through all the formalities as regular passengers. During the flight, they were served breakfast and a ‘figolla’.

Upon arrival, the children were taken to the airline’s engineering hangar where they had the opportunity to ask questions to an Air Malta engineer who also explained some technical features of the aircraft. The group also visited the airport’s Rescue and Firefighting Services (RFFS) Team who briefly explained the importance of airport safety whilst taking a look at MIA’s newest firefighting vehicles, which allow the team to handle any crisis ranging from fires and fuel spills to rescue operations.

Air Malta’s Chairman, David G. Curmi, welcomed the children next to the aircraft before departure. Commenting on this initiative he said, “We organised this flight as part of Air Malta’s Corporate Social Responsibility whereby we aim to support initiatives and events that contribute towards the wellbeing of the Maltese community.  We aim to put this event on our annual calendar so that we can continue to extend this experience to as many children in Residential Homes as possible.”

Michael Pace Ross, Administrative Secretary of the Archdiocese of Malta, added, “This experience has brought joy and excitement to children who went through difficult times in their lives. They all felt privileged to be given this opportunity to see Mount Etna through Air Malta’s initiative.  The Church in Malta continues to provide protection and care to many children, giving them hope and educating them to contribute towards a better world”.

The visit was made possible with the assistance given by Enemed, which supplied fuel for the aircraft, Malta International Airport, which assisted with the overall logistics at the terminal and hosted the group at the airport’s fire station, SkyGourmet, which offered the breakfast, and Maypole for the ‘figolli’.

Every year many local schools take the opportunity to organise similar educational flights on Air Malta for their students. 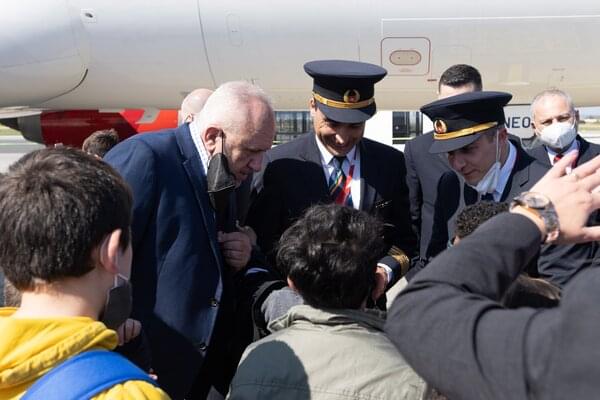 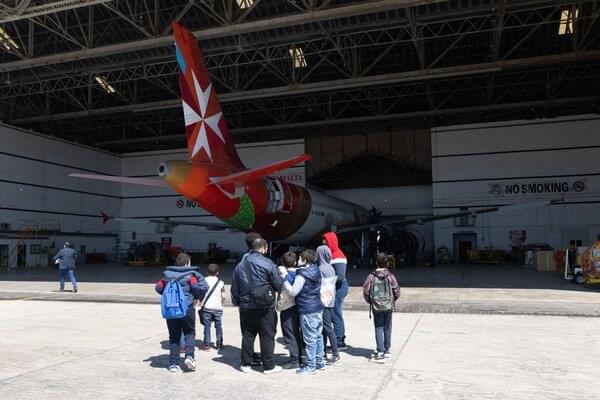