Belgium’s capital city is a popular destination for tourists and boasts a wide number of attractions.

Admittedly, when many of us think of Brussels, holidays aren’t the first thing that come to mind. Brussels is the de facto home of the European Union. Since the end of World War II, Belgium’s capital city has been a major centre for international politics. Yet the city is a popular destination for tourists and boasts a wide number of attractions. And, of course, one cannot mention Brussels without highlighting its delicious Belgian chocolate, beer, mussels, and fries. Here is some interesting information about Brussels.

Brussels is the capital city of Belgium and home to some one million people. It is officially a bilingual city with French and Dutch spoken.

Brussel’s history has its roots in the Middles Ages. The city was the centre of trade between the cities of Bruges, Ghent and Cologne, where the Senne River met the economic route that stretched from the east to the west of the country. Top among its exports were tapestries woven from the finest silk, which were bought to decorate the homes of royals and aristocrats. You can still see some of these tapestries in European museums such as the Louvre.

Speeding forward, Belgium’s last great revolt was in 1830 when it protested against King William of the Netherlands to gain independence. King Leopold I became the first King of the Kingdom of Belgium on 21 July 1831. The walls of the city were taken down during this period and replaces by a set of boulevards in the shape of a pentagon following the original outline of the Brussels. The current circle metro line weaves around this same ring road.

Art Nouveau is definitely the highlight of Brussels architecture. Take this in by walking or cycling. The presence of this style can be attributed to Victor Horta a famous designer in the early 20th century known throughout Europe for his contemporary architectural constructions. The larger art nouveau examples include Victor Horta’s Wacquer warehouse, which is now he home of the Centre of Comic Strip Art, the Old England building, which is now the Museum of Musical Instruments, and La Metropole, the most famous hotel in Brussels. 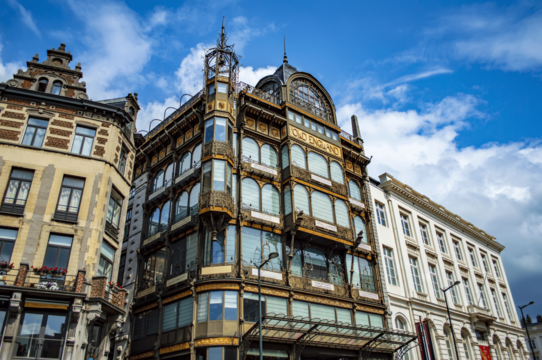 Other architectural highlights in Brussels include the Bourse. Formerly the home of the Brussels Stock Exchange, it is now the Brussels office of the Euronext Exchange – a pan-European Stock Exchange that replaced the Brussels, Paris and Amsterdam stock exchanges in 2000. The Bourse building was crafted in the neo-Renaissance and Second Empire styles. The whole building has been designed with hundreds of sculptures and bas-relief; allegories for Brussels, Freedom of Trade, Africa and Asia are crafted in around the building. 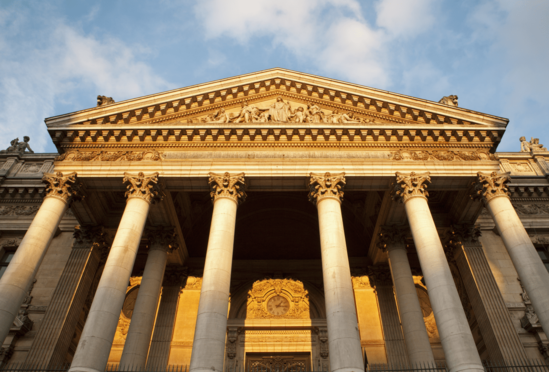 Belgian chocolates are some of the best rated in the world. You will be spoilt for choice as there are thousands of varieties to choose from. What is special about them is that they are made from 100 per cent cocoa butter and with no vegetable oil.

This is what gives them such a good quality and great taste. However, do be careful to buy genuine handmade Belgian chocolates (pralines and truffles are the best). Some top brands (listed in order of price) are Leonidas, Neuhaus, Godiva and Pierre Marcoloini’s. Speaking of food, you should also try moules et frites (mussels and fries), a traditional dish that the Belgians were supposedly the first to put together. 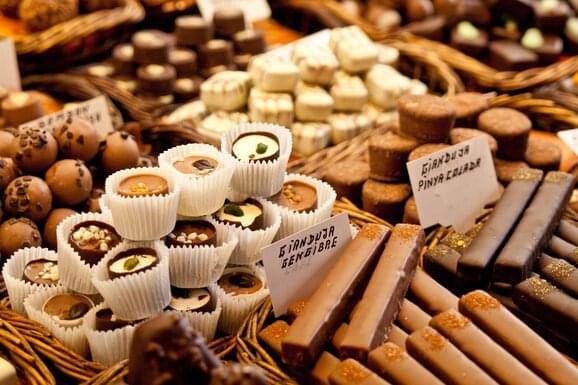 There are a whopping 400 varieties of beer In Belgium. Beer is treated with such reverence in Belgium and Brussels that the capital city even has a small beer museum at the Grand Place, the city’s central square. The museum plays a video about the history of beer and beer-making process and serves beer at the end of the screening. A popular spot for drinking beer is the Delirium Café, a bar that serves all 400 varieties of Belgian beer, as well as beers from all around the world.